Home / Air Namibia’s  ‘SW’ code could  be up for grabs

Air Namibia’s  ‘SW’ code could  be up for grabs 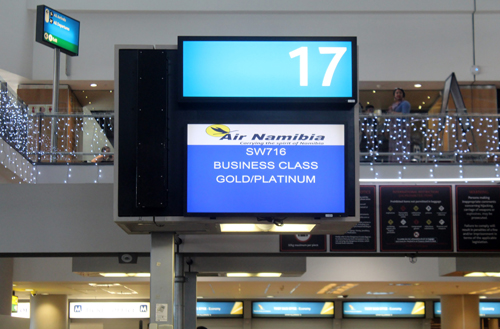 Now that Air Namibia is no longer operational, its International Air Transport Association (IATA) booking code “SW” could become a valuable asset for other airlines, specifically for United States-based Southwest Airlines which has been chasing the code for decades.
The code could make sense for the US airline but “SW” was assigned to Air Namibia back when it was still known as South West Air Transport, between 1959 and 1978. Currently Southwest Airlines uses the code “WN” which has in the past caused confusion amongst travellers.

Asked about the possibility of selling the code, public enterprises minister, Leon Jooste, yesterday confirmed to New Era that government is looking into the matter. However, at the time of going to press, Air Namibia’s acting MD, Theo Mberirua, was still mum on the issue.

According to the aviation website, live and let fly, former president of Southwest Airlines, Herb Kelleher actually tried to buy the code from Air Namibia during the 1980s. However, at the time Air Namibia allegedly wanted US$10 million (about N$150 million at today’s exchange rate) for it. Southwest actually started with the IATA code OE but this was later changed to “WN” which was likely assigned randomly.
Southwest Airlines again tried to get the “SW” code shortly after Namibia independence and reportedly even offered a 737-200 aircraft, but this offer was again met with price deemed too steep.