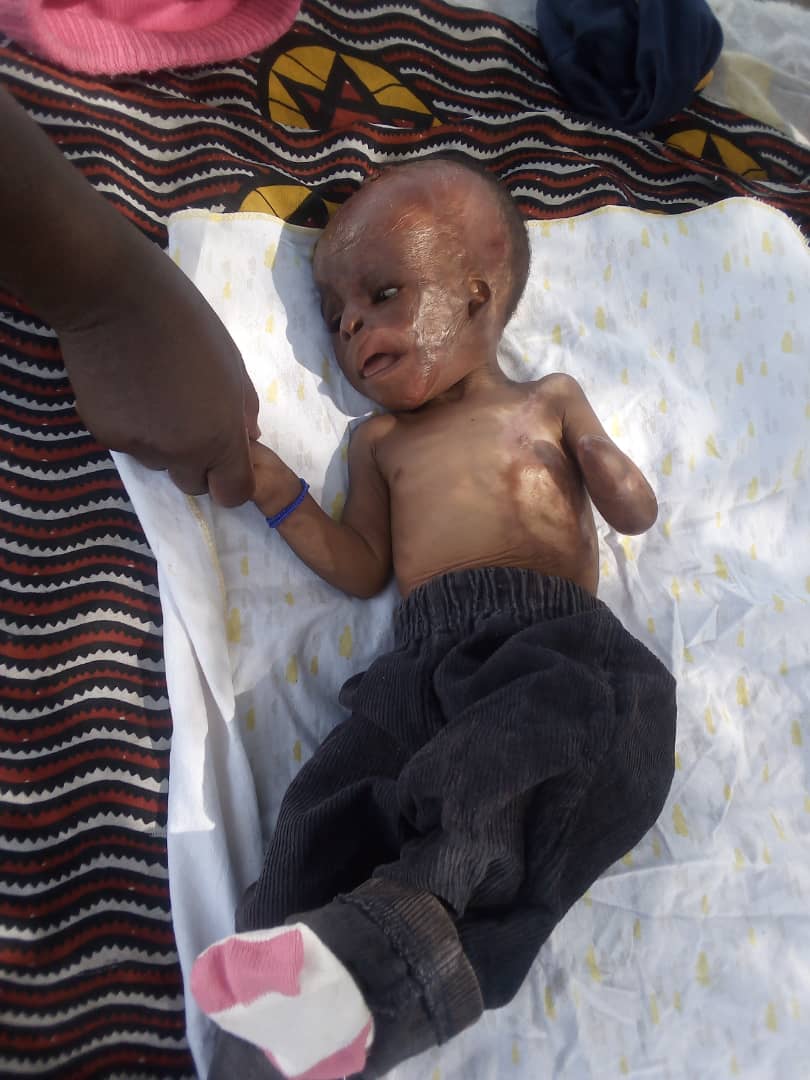 Baby Pombili, who lives in an informal settlement at the northern town of Helao Nafidi, was pulled from a burning shack alongside his four-year-old cousin in July 2020. Although both children survived the horrific ordeal, the infant was severely burnt.
In an interview with New Era, Anna Fedeliku, said her son still lives in pain from the burns, which have since changed his life forever. Fedeliku said the infant who was two months old when the incident occurred has burns on his fontanel, face and amputated arm, which are yet to properly heal and thus, he experiences pain.

According to Fedeliku, one morning in the month of July last year, she went to fetch water at a nearby community tap – a few metres away from their corrugated iron sheet home, living the two minors alone. As she was busy collecting water, one of her neighbours frantically called and informed her about her burning home.
“We spent three months in Oshakati state hospital because my baby was severely burnt. The burns on his left arm were severe and they had to amputate it,” explained Fedeliku.

“He cannot close his left eye properly anymore and I worry if he is ever going to heal properly from his wounds.
There are currently no plans to have him undergo surgery.” Fedeliku said she finds it hard to transport her baby to Oshakati for routine check-ups due to financial constraints.

She explained, she and the baby’s father are unemployed and find it hard to make ends meet.
The mother who was born in Namibia by Angolan parents said she finds it difficult to get employment, as she does not have any identification documents.

According to Sam Sheetheni, a community volunteer in the area, he has tried to help Fedeliku but without identification documents, it is a daunting task.
Adding that he and other community members try to render assistance to Fedeliku whenever they can.
“I have reached out to the town’s mayor and other councillors, but I am yet to receive any satisfactory answer.
We tried to get the baby registered for a disability grant, but we could not manage as there are no identification documents,” noted Sheetheni. Members of the public who wish to assist baby Pombili may contact Sheetheni on 0813131604.
-mamakali@nepc.com.na