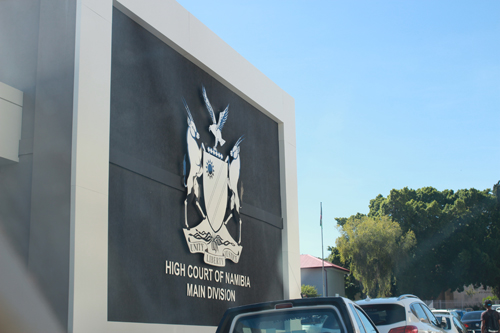 The long-awaited Divorce Bill, which will allow couples to separate without having to prove instances of adultery and indiscretion before a divorce can be granted, will be tabled in the National Assembly in July this year. If passed, the Bill will also give regional courts jurisdiction to handle marriage-related cases, making it easier and affordable to couples seeking to go their separate ways.

A private lawyer, who refused to be named, told New Era couples currently fork out anything between N$15 000 to N$30 000 just to get their marriages annulled. Sometimes, she said, the cost may shoot up to N$100 000 depending on the complexity of the case and the duration it takes to finalise, especially when dealing with private lawyers.

Justice ministry spokesperson Simon Idipo said 658 people applied to the Directorate of Legal Aid for legal assistance in order to file for divorce during the 2019/2020 financial year. Of that number, he said, 206 applications were referred to private lawyers and 94 applications were dealt with by in-house lawyers.

Idipo further noted that 234 applications were received during the 2018/2019 financial year.
“It is not possible to have a standard average cost for a divorce, as no two divorces are the same. Roughly it can be anything from N$15 000 to N$30 000 depending on the complexity of the case and duration. For the Directorate of Legal Aid, the fees charged by the private lawyers is in accordance with the Legal Aid Regulations Legal Aid Act, 1990,” explained Idipo.

Research conducted by New Era on the court’s e-justice system show that couples seeking to dissolve their marriages cited lack of affection, adultery or malicious desertion and lack of conjugal rights.
Others cited domestic abuse, irreconcilable differences and finances amongst many reasons to go their separate ways and break the matrimonial bond.

Currently, matrimonial matters are only dealt with in the High Court.
“The Divorce Bill has received Cabinet approval in principle but still requires the Cabinet Committee on Legislation (CCL)’s approval. Internal consultations are still taking place between the Ministry of Justice and the Office of the Judiciary before further public consultations can be conducted to ensure that the Bill is practical and meets the objectives of creating an easy, cost-effective court process,” said Idipo.
He further explained that after consultations have been carried out, the Bill will be re-submitted to CCL for approval and only once it is approved by CCL, will it be revised by the Directorate: Legislative Drafting before it can be certified by the attorney general and thereafter sent to the National Assembly.

Local lawyer Milton Engelbrecht noted that the Divorce Bill would make the divorce process faster, easier and affordable. “From what I gather, with the new amendments, couples will no longer be required to give grounds on why they need to divorce. Currently, the court requires the parties to give reasons why they want to divorce,” noted Engelbrecht.

Despite the high number of divorce cases, the ministry of home affairs registered 3 726 marriages between January to November 2020, of which 15 marriages involved foreign nationals.
“This number might be more as statistics for December 2020 are yet to be uploaded on the system. We are manually counting, and it will take time,” explained home affairs spokesperson Sackeus Kadhikwa.
He further said for the year 2019, a total of 6 131 marriages were recorded, which include 27 marriages involving foreign nationals.