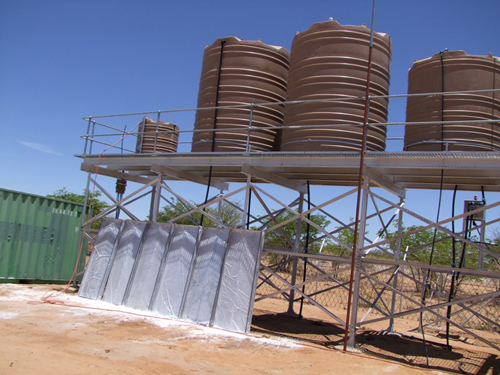 The Presidential Commission into Claims of Ancestral Land Rights and Restitution has recommended the establishment of a land claims court that will play a crucial role in the country’s land reform initiative.

In a report released by government last week, the commission said, among others, the claims court would investigate, validate and process historic land claims as well as to hear disputes over the issue.

“The LCC will be simpler and more accessible than the High Court and will be a fully-fledged court, and its decisions that will be binding,” the commission said in the 797-page report to President Hage Geingob.
To serve as a member of the court, the commission said applicants will be required to have legal experience of at least ten years, but also training or experience in land matters relevant to the act.

“Underlying this approach was the belief that land reform legislation was also social legislation and required a ‘different mindset and perspective from the legal profession and courts alike,” it added.

Apart from being a legal organ, the commission said the LCC will also be regarded as a ‘court of equity’.
This, according to the report, refers to the fact it may accept evidence that may not be admissible in a normal court, such as expert evidence from anthropologists, sociologists and historians.

“Hearsay evidence is allowed, but ‘the weight given to hearsay evidence will be as the court deems “appropriate”. The most frequent cases appearing before the LCC ‘involve the validity of land claims, just and equitable compensation, and feasibility’,” the commission stated.
The second category, the report stated, will involve cases where the people who were dispossessed felt they did not receive fair compensation for the land.

According to the commission, the LCC may make any of the following orders regarding a claim, such as the restoration of the land or a portion thereof as full or partial settlement of the claim.