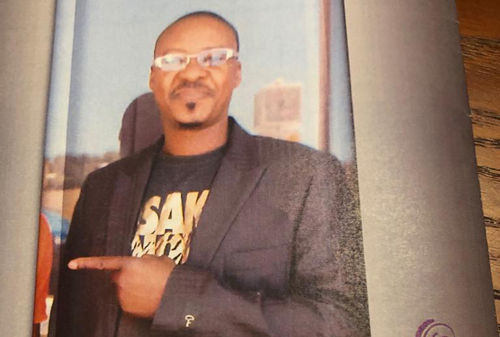 Just as the close-knit family of Namibia’s oldest sport entity Tigers Sport Club and acquaintances were starting to come to terms with the sudden departure of club fullback Paulus “Scalla” Shaanika, whose death followed short on the heels of the trident of club stalwarts Buti Tommy Akwenye, Martin Weicko and midfield general Alele Kapule, death has struck again with former trusted defender Alexander Kapenaina having taken a bow from the game of life, aged 66.

The author is well placed to narrate the somewhat abbreviated football journey of bro Alex Kapenaina.
Our confrontations on the field started way back in 1973, during the countless battles between his club Battle Boys and Black Beauty Chiefs (BBC) in Okahandja. I was stationed on the right flank and bro Alex was occupying the left fullback position for the exciting youthful Nau-Aib outfit.

As it turned out, our paths would cross again when both of us left the garden town and joined Tigers and African Stars, respectively. I was playing my second match for the Reds after arriving from the brave “Lions of Judah” in a pre-season friendly match against Tigers at the fully packed SKW stadium in 1980. The match came just a week after my debut for Stars vs Black Africa where I opened the account in a 4-2 defeat at the same venue. Immanuel Kamuserandu netted the other goal with George Martin grabbing a double brace for BA.
I was high on confidence; Oscar Mengo encouraged me to shoot from range whenever possible, but eish ... bro Alex never gave me an ounce of breathing space and stuck to me like an impolite louse. He marked the hell out of me to the extent that I begged to be taken off during the half-time break. We lost the match 4-0.

That was bro Alex for you, a phenomenal man marker. A jack of all trades, he also tried his hand at coaching and mentored his beloved “Ingwe” in an interim role at different intervals. May his soul rest easy.

Bro Alex started playing competitive football with exciting youthful Nau-Aib outfit Battle Boys in the garden town of Okahandja in the early 70’s, and in no time he established himself as a versatile athlete operating in almost all positions except between the posts.  He formed the spine of the team alongside greats such as Times “Lemmy” Goagoseb, Tanib “Bastardo” Straightwolf, Ishmael “Zambia” Khoeseb, Harry Garus-oab, Mike Migub Noabeb, Khai-Namab Haigomab, Matheus “Takoeza” Katuungura Uirab and a few other highly gifted youngsters.
It was time for new challenges and Alex left the black and white strip outfit only to resurface at the newly revamped Donkerhoek outfit Tigers Football Club. He was in the starting line-up when “Ingwe” reached the final of the 2nd edition of the annual Dave’s Furnishers Knockout Cup in Walvis Bay against bitter rivals Blue Waters. Tigers lost 1-0.

He continued to fashion impressive performances week in and week out for “Ingwe” in a rock-solid rearguard alongside veteran defenders Fernando Simao, Kumi Umati, Abner Tobias, Mentos Hipondoka and the late Scalla Shaanika.
Sadly, a devastating career-ending knee injury curtailed his football career whilst still at the pinnacle of his blossoming football path. Nonetheless, Alex was not entirely lost to football as he turned his attention to refereeing, following in the footsteps of retired Tigers greats Licias “Coloured” Kakololo, Scalla Shaanika, Bubu Ileka.

Go well bro Joe Anhindi
The Namibian boxing fraternity has lost a great man of substance in the shape of internationally acclaimed trainer Joseph Anhindi, younger brother of former continental champion Frans “Rambo” Anhindi. The likeable dreadlocked boxing mentor started trading leather at a very young age as an amateur in Katutura. In 2000, Joe was part of the aspirant boxers at the revered Nestor Sunshine Boxing and Fitness Academy along with elder brother Rambo.

World-acclaimed boxing handler Nestor Tobias immediately noticed his talent and advised him to turn professional but unfortunately his application was unsuccessful. He would spend his time assisting boxers in the gym with basics between 2001 and 2002. Subsequently, Tobias urged him to apply for a coaching licence, which was duly granted to him in 2003.
“I’d been working with him ever since that day when he got his licence and together we achieved a lot with the Nestor Sunshine Boxing and Fitness Academy and went on to produce world-class boxers such as Paulus Moses, Paulus “The Rock” Ambunda, Tyson Ushona, Wilberforce Shihepo, Jatoorora Tjingaveta, Vikapita Meroro, Imms Naindjala,  Julius Indongo, Jeremiah Nakathila, Mikka Shonena, John Paulinuis, Walter Kautondokwa, Smokey Hilongwa, Frans Rambo Anhindi, Sacky Shikukutu, Abmerk Shidjuu, Harry Simon Jnr  and many others,” says a clearly dejected Tobias.

A teary Tobias further stated that his protegé was a calculated hard-working, well-disciplined dude whose departure is not only a massive loss for the academy but has robbed the entire nation, including the boxing community, of a true son of the soil. Anhindi was buried at the Oshipepe cemetery, Okweenyanga village in the vastly populated Oshana region on Wednesday. May his gentle soul rest easy.
In the meantime, Anhindi’s bereaved family through their spokesperson Rambo Anhindi, expressed sincere gratitude and appreciation towards the country’s leading boxing stable, the revered MTC Nestor Tobias Boxing & Fitness Academy for their “generous support. The academy reportedly covered all funeral expenses.