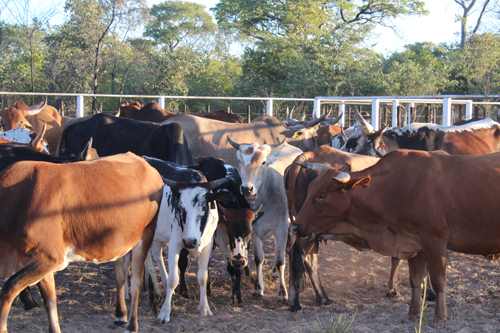 ONGWEDIVA – The Ohangwena and Oshikoto regions plan to start a 10-day surveillance today to determine the extent of the foot-and-mouth disease (FMD) outbreak in the two regions.

So far, the disease has been detected in two cattle at the Onamulunga crush-pen in the Olukonda constituency in Oshikoto and across the border in an area bordering with Okongo constituency, where Namibian cattle reside and graze.
State veterinary responsible for Oshikoto Frenada Haufiku said, so far, only the two cattle at Onamulunga have tested positive.

“We have been receiving reports here and there; however, upon inspection, we did not find anything,” said Haufiku.
Haufiku said the surveillance will determine how far the disease has spilt if at all it has.

In Ohangwena, four Namibian cattle residing and grazing in Angola tested positive for FMD at the end of last month.
Chief veterinary for the North-West regions Rauna Athingo said the team will commence with the active search at crush-pens to determine if there are other affected cattle. At present, there are so far no Namibian cattle residing in Namibia that have symptoms consistent with FMD.
Athingo said they have thus far not received further reports of FMD-like symptoms.
The area in Okongo constituency, where the cases were detected across the border, is considered a high-risk area, as there were previous cases detected, Athingo said.

“As a result, the ministry has been vaccinating twice yearly,” Athingo assured.
Meanwhile, the ministry has declared Olukonda an infected area, while Ohangwena, Oshana, Omusati, Kunene and Oshikoto have now been declared as the disease management areas (DMAs).
A statement issued by the ministry earlier institutes several bans such complete movement restriction on all cloven-hoofed to move out of and within DMAs.

Roadblocks, in addition, have also been set up to reinforce the restriction.
Farmers have requested to present their cattle at crush-pens for surveillance purposes.
The ministry further informed the public that FMD control measures in the two Kavango regions are still applicable as the outbreaks detected there are still ongoing.
- nashipala@nepc.com.na