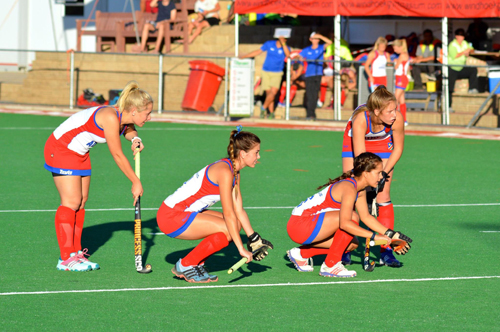 The national women’s indoor hockey team that is set to compete in the Indoor Africa Hockey Qualifiers in Durban in April this year remains hard at work despite coach Erwin Handura’s worries that the competition may be postponed due to the Covid-19 pandemic.
The competition was initially scheduled for September last year but had to be moved to April this year. However, Handura has expressed concern the qualifiers are likely to be called off again. The Indoor Africa Cup serves as a qualifier for the 2021 Indoor World Cup, which is due to take place in Liege, Belgium next year.

Namibia are ranked number one in Africa and tenth in the world. According to Handura, the side is training six times a week.
“We have been training since last year, we also started with our trials so, and hopefully the final squad can be selected within this month. We normally have six sessions every week just to keep the team fit, it does not mean that if the competition is called off then we also have to stop training. You just have to keep going, because at the end of the day you have to follow your vision,” he said.
Handura added the qualifiers are likely to be postponed again, given the fact that the host nation, South Africa has become the epicentre of the virus and has seen a spike in new infections and deaths over the last couple of weeks.

“We can’t still tell if the competition will really go on, after what is happening in South Africa, where cases have been going up each and every single day. We do not have control over this virus but what can we do? We just have to continue with our training to ensure that when the day comes, we are also ready,” he added.

Handura, however, lauded his team and the technical team for being mentally strong as they prepare for the coming qualifiers.
“It is difficult because you plan, but it ends in the way you did not plan it, so it means you have to be mentally strong to pull through, and that’s what I and my team have done, worked so much in ensuring the team is mentally strong and keeping focus,” he added.
- mkambukwe@nepc.com.na

Opinion - Covid-19 and the triple bottom line: Emphasis on people

Shoprite workers heading back to court

Schools in Erongo ready to resume