Home / Investment is the needed engine for domestic growth – analysts

Investment is the needed engine for domestic growth – analysts 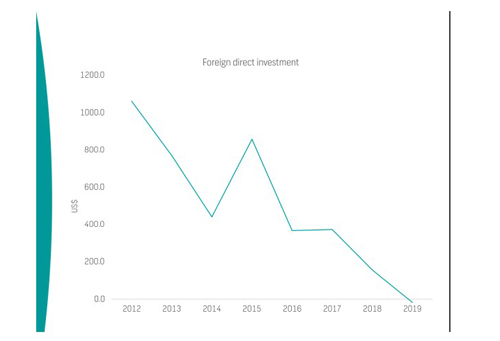 The Economic Association of Namibia (EAN) hosted a 2021 economic outlook on Wednesday where analysts believe investments are a promising option for domestic economic growth. Cheryl Emvula, a local economist from Cirrus Capital, said Namibia has a toxic investment environment with high uncertainty which pushes investors away. He noted that Namibia needs to change to produce a conducive investment environment that it sorely needs.

Emvula further stated that the Namibian consumer and government spending both face significant constraints, with the only left option being to attract investors in the domestic economy.

According to Nandago, investment from external sources has been declining over the years and foreign firms choose to invest in other jurisdictions. She noted that low business or investor confidence results in reduced hiring rates and a shrinking tax base, thus reinforcing weak economic conditions.

Nandago said more investments can be attracted by improving the ease of doing business and noted that regulatory and bureaucratic bottlenecks are a form of indirect taxes for businesses. “Create a predictable environment for business and investors by removing policy and regulatory uncertainty,” she stated.

Nandago added that risks for economic growth should be expected from the slow rollout of the Covid-19 pandemic vaccine, weak business sentiment, slow consumer spending, and lackluster employment opportunities.

Government spending is expected to produce a budget deficit of about 10.1% in the 2020/21 financial year, which when compared to previous years is one of the highest the country has experienced since Independence. Economists expect the budget deficit to return to more comfortable levels in 2023.

However, national debt levels are expected to be elevated in the coming years to around 69% during this fiscal year and to keep increasing until the 2023/24 fiscal year to about 78%.

Nandago stressed that this is still above the threshold of 35% set by the government. “With high debt levels, there is less to be spent in the economy, because much of the revenue goes to servicing the debt.”

For the next three years, the economy is expected to grow up to 4.5% but analysts feel this is not sufficient to solve many of the domestic problems for sustainable economic conditions.

In fact, economists believe that government had to increase spending due to the pandemic, through stimulus packages for households and businesses, as well as health spending.  Both, household and businesses’ confidence have been deteriorating in recent years and the pandemic made it so much worse. Consumer spending on wholesale and retail trade already declined quite severely even before the pandemic mainly due to the high level of unemployment the country is facing.