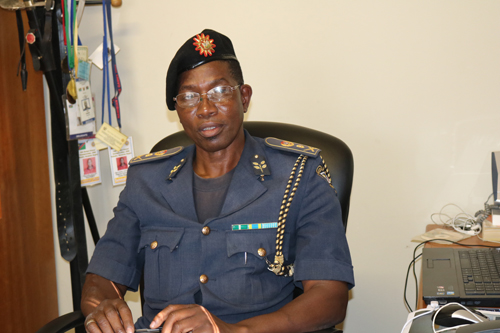 RUNDU - A 30-year-old man died on Saturday after consuming alcohol at Kahenge in the Kavango West region. According to the police, the deceased’s medical report indicates that he also suffered from chest pain and hiccups.

“He was found dead in his sleeping room after he vomited several times as a result of alcohol consumption.
The deceased last visited the hospital on 15 October last year at Nankudu hospital, and he was admitted for three weeks after complaining of chest pain and hiccups,” said Kavango West police commander, Commissioner Josephat Abel.
The victim was identified as Shatwirapo Jona, a Namibian male. In another incident, an adult woman was discovered lifeless in her room on Friday morning at Sigone village in Kavango West.

It was alleged that the deceased complained of stomach ache coupled with heart pain the previous night. “According to the deceased’s medical report, the deceased had a history of regular legs pain.

She has last visited the medical facility on 3 February at Kapako clinic,” said Abel.
“The deceased was identified as Rosaria Itumbo Maseka, a Namibian female, 44 years old, residing at Sigone village, here in Kavango West. The deceased remains were transported to Rundu state hospital mortuary pending an autopsy,” he said.
-jmuyamba@nepc.com.na