Home / My Candid View - We have failed our sport legends

My Candid View - We have failed our sport legends 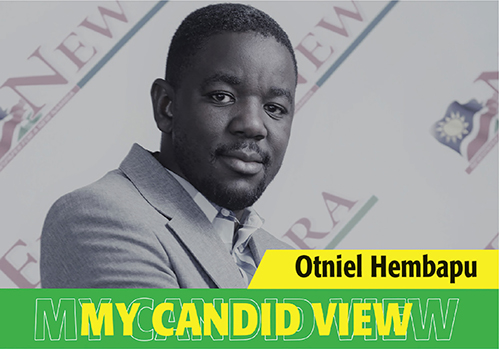 In Kenya, they have the prestigious Kip Keino Classic, a renowned track and field meeting held at the Kasarani Stadium in Nairobi annually and enjoys World Athletics Continental Tour status.

The competition is named after Kenya’s athletics icon and Olympian Kipchoge Keino.

In Botswana, they have the annual Gaborone International Meet, which was founded by that country’s athletics icon and one of Africa’s greatest middle-distance runners Glody Dube.

To date, the competition continues to celebrate his legacy and the excellence of African talents.

Even on the international football front, world football governing body Fifa has multiple awards named after numerous global football icons, and awards such as the Lev Yashin Golden Glove Award, named after Russia’s late goalkeeper Lev Ivanovich Yashin, who is regarded by many as the greatest goalkeeper in the history of the sport.

Fifa also has the Puskas Award, which is named after global legend Ferenc Puskas and was created a decade ago.

The accolade is given to the player who scores the best goal in a calendar year.

Even in the Spanish LaLiga, they have the Pichichi Trophy, which is given to the top scorer of LaLiga every season.

The prize was named after Athletic Bilbao icon Rafael “Pichichi” Moreno, who sadly died at the young age of 29 in 1922.

The likes of Cristiano Ronaldo and Messi have been recipients of this famous prize.

Many global sport icons, such as Michael Jordan, Babe Ruth, Willie Mays, Magic Johnson, Karl Malone, Scottie Pippen, Thierry Henry, Alan Shearer, Tony Adams, Bobby Moore and Sir Bobby Robson – to mention but a few – all have towering statues erected in their respective countries in honour of their immense contribution to the overall development and evolvement of the various sport codes they served and continue to serve.

These are all iconic figures who have inspired generations and carved paths for current and future sport heroes.

As the saying goes, sport has the power to inspire, uplift, empower and create endless possibilities where there was once no hope.

But sadly, over here in Namibia, we have no single statue erected to celebrate the legacy of a sport icon, no national stadium is named after a sport legend and not even one major annual tournament is named after one of our many sport icons.

It is not that Namibia has no sport icons – on the contrary, we have plenty.

We have the legendary Frankie Fredericks, who in the early 90s became the face and beacon of hope on the Namibian sporting front when he scooped a combined four silver medals at the 1992 and 1996 Olympic Games in Barcelona, Spain and Atlanta, US.

Simon paved the for the country’s future world champions, such as Paulus Moses, Paulus Ambunda and Julius Indongo.

Namibia also has renowned boxing promoter Nestor Tobias, who has been the sole life machine of local boxing over the years, unearthing and brooming boxing talents despite operating on a shoestring budget.

The list is endless, but Namibia after 32 years of independence still has nothing to celebrate and honour all these legends, who have sacrificed a lot and put their lives on the line just to inspire the nation and generations to come.

Beyond our borders, people like Fredericks, Simon, Johannes, Samaria, Swartbooi and Tobias are hugely celebrated – but here, back at home, nothing.

It still baffles the mind how as a person of Fredericks stature still does not have a statue at the Independence stadium, how persons of Simon and Tobias statures do not have annual boxing tournaments named after them.

But it is not yet too late to honour legends; let us just get our ducks in a row and do the right thing.

As eminent global Pan-Africanist, the late Marcus Garvey, said many years ago, “A people without knowledge of their past history, origin and culture is like a tree without roots”.

Until next time, sharp, sharp!!