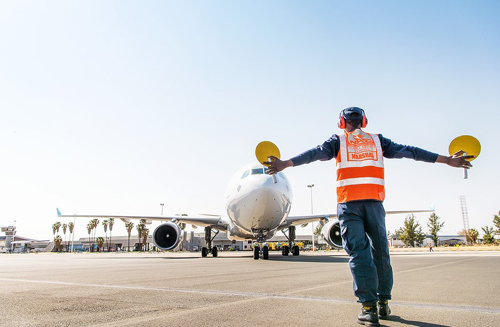 The Namibia Civil Aviation Authority (NCAA) revenue grew by 73% to N$250 million, while costs after the successful establishment of the authority escalated by 15% to N$236 million for the 2019/20 financial year. However, the NCAA’s cash reserves have been adversely impacted by the Covid-19 pandemic, which saw post-year-end revenues decline by 91%.

Thus far, the key indicators of the health of the NCAA’s financial position currently are its asset base, liquidity, and solvency.
The NCAA remains liquid with N$240 million in cash reserves, including short-term investments, while solvency is positive with government contributions covering the net costs of establishment.

The authority’s integrated annual report for 2019/20 stated that operating cost drivers included bad debt provision movements, up 68%, and employment costs up 19% due to the adverse economic impact of the Covid-19 pandemic near year-end, as well as ongoing customer liquidity issues and the appointment of new staff.  The latest annual report cautions that in the longer term, significant capital replacement and development plans on navigation systems are expected to consume reserves.
As with all entities within the global aviation industry, budgets have been revised due to the adverse financial impacts of the Covid-19 pandemic.

To ensure the NCAA continues as a going concern with a significantly reduced revenue stream, cost control measures have been implemented to preserve cash reserves as much as possible and to reduce the impact on the aviation industry.

These include no staff salary increments or bonuses in the 2020/21 financial year, restriction of staff appointments, travel and training have been limited and procurement, in general, is being restricted to only that which is deemed absolutely necessary.
Additionally, to protect the industry, there will be no increments to air navigation and safety oversight charges to the industry during the 2020/21 financial year.  With these cost control measures in place, the NCAA expects to continue as a going concern for the foreseeable future.

Meanwhile, the authority planned revenue of N$62 million for the 2020/21 financial year, which is a reduction of 75%, while planned operating expenditure is anticipated to decrease by 12%, excluding depreciation. Cash shortfalls are to be supported by government surveillance invoices and proceeds from customers in default.

According to the report, government contributions to the NCAA continued their year-on-year reductions with a 30% decrease, from N$99 million in the previous year to N$69 million.

“Government contributions incurred during the financial year, specifically the costs for the establishment of the NCAA, included the costs of staff secondment from the Ministry of Works and Transport, contracted staff from The International Civil Aviation Authority Organization (ICAO) and certain payments relating to aviation system maintenance contracts,” reads the report.

The report further revealed that the ICAO project is in the final stages of wrap-up and contracts are in the process of being transferred to the NCAA by gazette notice, thereby ending government contributions to the establishment of the NCAA in the 2020/21 financial year.
-mndjavera@nepc.com.na