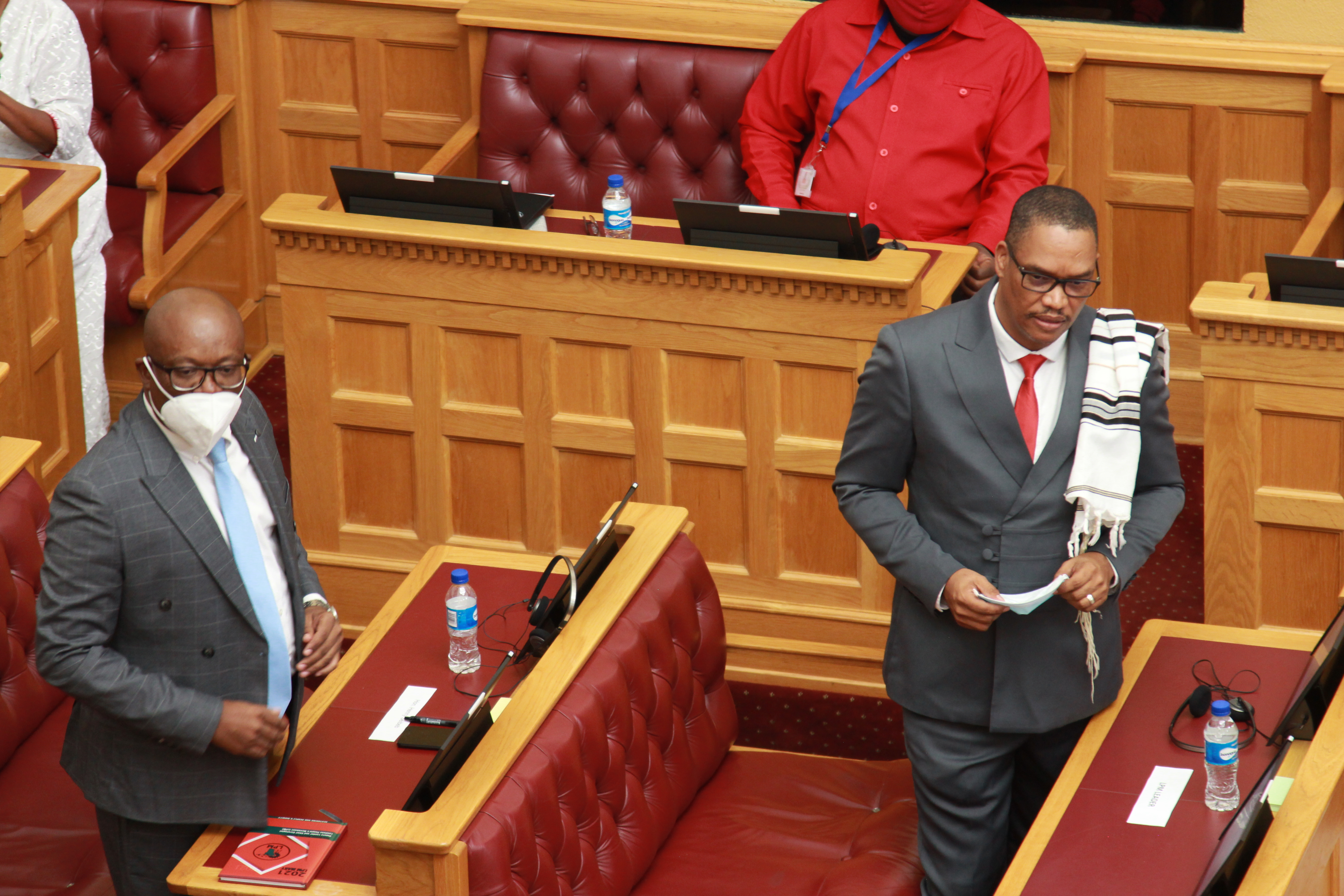 There was “nothing wrong” with President Hage Geingob opening parliament virtually, as remote presentations are now part and parcel of the new norm, political analysts argued yesterday.

Geingob on Tuesday came under heavy criticism from opposition leaders with some questioning him over his decision to address parliament from the comfort of his office.

Political analyst and senior lecturer in the department of communication at the Namibia University of Science and Technology (Nust), Admire Mare yesterday said for opposition leaders to criticise Geingob’s virtual address highlights that some political actors are struggling to embrace the new normal with regards to virtual meetings and parliamentary sessions.

“People are used to in-person addresses which is fine, but we are living in dangerous and fluid times. Thus, a pre-recorded or a live presentation are part and parcel of our new normal,” he said. Political commentator and director of the Institute for Public Policy Research (IPPR) Graham Hopwood said in view of the current health concerns around the Covid-19 pandemic, he is of the opinion that the President’s decision to present his parliament opening speech in a virtual manner was justifiable.

However, he said, as matter of courtesy, members of parliament should have been informed beforehand that the speech would be delivered in this way.

“If the same conditions apply for the Sona (State of the Nation Address) in a couple of months, it would be important to make sure the speech is delivered live and that there is an interactive component whereby MPs can ask questions,” Hopwood said. Another commentator Ndumba Kamwanyah also shared similar sentiments, saying that there is nothing wrong with Geingob opening the parliament virtually. However, he was quick to add: “I think consultation with all the stakeholders would have averted what we have witnessed on Tuesday.

The President’s decision to address parliament virtually has distracted the President’s message from being the main story. Now the President is the story in that the people are talking about his pre-recorded speech and that he ran away to avoid being asked about the rot.”  Presidential spokesperson Alfredo Hengari yesterday told New Era that Geingob’s virtual address during the opening of parliament is consistent with health protocols as advised by the World Health Organisation (WHO) and the state of alert in the country with regard to the deadly Covid-19 pandemic.

“It is in that same vein that the President opened, also virtually the legal year 2021. Covid-19 is not a light issue and has affected many Namibians, including members of parliament,” he explained.

Therefore, he said, Geingob following consultation with the Speaker of the National Assembly Peter Katjavivi agreed in favour of the virtual address in the same manner as he did with the Chief Justice Peter Shivute in opening Legal Year yesterday.

“The focus should be on the message of the President, imploring on MPs to serve in unison the Namibian people as the ultimate sovereigns with dedication and urgency in order to fight inequality and poverty,” Hengari stressed. He said, as Namibians, discussion should be about the tangible message Geingob shared with MPs and not the inconsequential debate about the virtual delivery of the statement.

“Under Covid-19, leaders are participating in virtual meetings and there is a need to embrace that new normal,” he concluded.