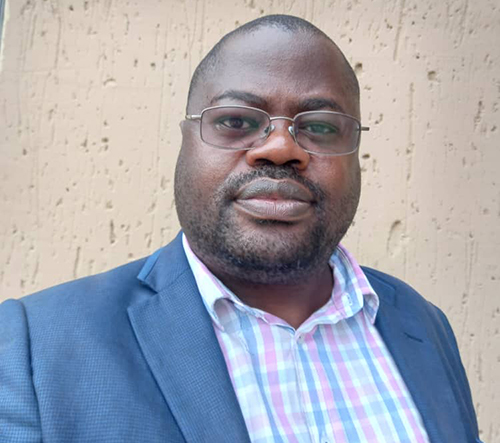 A South African political analyst Mcebisi Ndletyana quoted by the Guardian newspaper narrated “that politicians are not elected on qualifications, but on the popularity of their party. This belief saturates the African perspective on political leadership.

However, the argument put forward by most of the believers of popular democracy is that ‘ the contrary to balanced education in political leadership indicates aristocracy. “Aristocracy is said to be ‘government by a relatively small privileged class or by a minority consisting of those presumed to be best qualified to rule. Is this the case? One needs to closely examine the two contrast the customised difference and relate to the reality of human management.

The main reason I bring this discussion to book in our lovely Namibia is that lately our local administrations are widely criticised for underperformance and compromised service delivery. Most towns in Namibia are severely affected by malfunctioning political management, which is overwhelmed by mostly underqualified personnel entrusted with executive decisions.

I mentioned the main contradiction in my opening paragraph that allows us the choice of whom to assign to office, with whom the masses can lay their trust with both experience and technical know-how. If our choices could be statistically measured, a significant figure could be said that we have relied mostly on what we term popularity of the party and remain ignorant of the wellbeing of society.

Congruently, service delivery in local authorities is expected to be of advanced standard and propelled by leaders whose ideas are not compromised.

Education cannot be separated from good practices. As much as I do not conform to aristocracy, my conviction is that there should be some balance between educational knowledge obtainable from school, political popularity and humility. When the above are combined in the choice of leaders, I bet the winning formula in service delivery will come around.

The annual Ibrahim Index of African Governance Report, which ranks countries according to their development in an array of categories between 2008 and 2017, warned that some promising nations had “lost momentum”.

According to the report, Africa’s progress is being led by a handful of nations that pulled up the average, “while in many others momentum continues to falter”.

Namibia is among those countries identified to be doing well.

Are we living to this identification? This prominent question should equally sink for a purpose of re-imagining as His Excellency the President declared for 2022.

The challenges of lack in availability of potable water, serviced land, housing and road infrastructure among others would be minimised only if the electorate considered whom they assign power more especially in the local authority leadership.

Corruption has been nursed with the hope that one day it will naturally go away. This may not happen in the near future. Our interest in development should influence the kind of leadership we desire.

The key elements of good governance, then, are accountability, transparency, combating corruption, citizen participation, and an enabling legal/judicial framework.

Fighting poverty and improving human development in Namibia must begin with the creation of wealth, a process that requires the existence of a robust administrative and management power of local (town and village councils as well as municipalities).

There have been observable achievement strides in Municipalities such as Windhoek, Swakopmund and Walvis Bay. The thorn remains focused in smaller towns and village councils.

The absence of good governance in many local authorities has been extremely damaging to the government’s corrective intervention role, particularly in the maintenance of public livelihood, as well as the promotion of economic growth.

A reasonable balance between political popularity and educational technocracy should influence the choice of local authority councils we prefer.