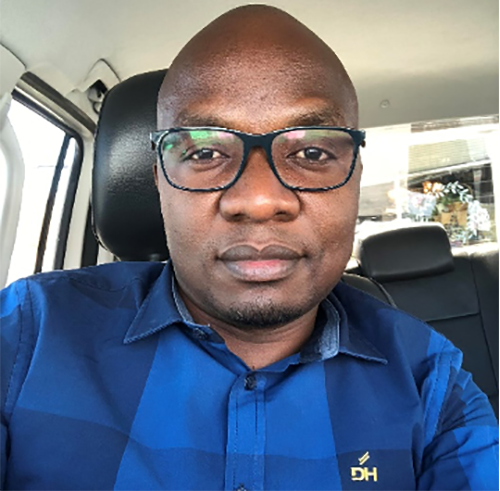 German settlers occupied Namibia (the then German South West Africa) from 1884 until around 1915. Upon arriving in Namibia, they started moving in different directions where they gave themselves large track of fertile land. Around 1903, some Germans were spotted at Amutuni (present-day Namutuni) located within the Ondonga tribal area busy constructing their dwellings and conducting cattle farming. It was a very strange phenomenon during those years to see white people in that part of the country. As a result, their activities were immediately reported to the Ondonga King for investigation.

Unfortunately for the Germans, it was during the reigns of King Nehale Lya Mbingana who was one of the most feared kings, who co-ruled Ondonga at the same time with his elder brother Kambonde between 1884 – 1908. The report of Germans busy settling at Amutuni irked King Nehale because they never seek for the king’s permission to settle within his area. To King Nehale, this was a sign of disrespect that should not be tolerated.

King Nehale decided to send one of his tested and trusted men, Elenga Ekaku Lya Nuunyango, well known as Mbolongondjo, on an intelligence mission to confirm if the information that there are white people settling at Amutuni are indeed true. Within a few days, Mbolongondjo reported back his findings confirming that it is, indeed, true that there are white people settled in Amutuni without permission from the king.

Upon receiving the Mbolongondjo’s intelligence report, fearless King Nehale did not hesitate and he immediately send out a notice to announce the war (oku hiya iita) against the illegal settlers at Amutuni. The notice was welcomed and resulted in the establishment of a mobilization point, oontanda, at Oshiya Shomatope. From there, the troops which consisted of king’s senior and junior chiefs (omalenga omanene nuulengona) proceeded to Amutuni under the command of the feared ondjayi yiita, Shivute sha Ndjongolo. Elenga Ndhikwa yaNuuyi formed part of the troops and was responsible for blowing the whistle to signal the opening of fire during the attack. The troops were armed with guns which were mainly known by their Oshindonga names such as oongondo, omambuyana, oohweka, oonkunya, oolusino, among other types. Due to the limited supply of guns, some junior warriors were armed with various types of arms such as traditional knives, bows and arrows, spears and sticks (oondhimbo).

The attack at Amutuni was successfully carried out on Thursday, 28th January 1904 during the morning hours. There is no record available on how many Aandonga warriors participated in this war, suffice to say the announcement of the war by King Nehale was well received and each senior chief who participated was accompanied by a large number of men representing their respective districts and villages as a demonstration of patriotism and love of their land.

German settlers at Amutuni somehow became aware of the planned attack and became suspicious to the extent of erecting a fence made out of large thorny bushes around their dwelling just a night before the planned attack. However, this did not deter the brave soldiers of King Nehale from executing their operation.

Like in any war, the Amutuni War was not an easy one and there was a lot of casualties from both sides, however much of the glory is given to King Nehale’s troops for their courage and determination to take on a well-resourced opponent. This act of bravery by King Nehale earned him respect among his fellow traditional leaders, religious leaders, among others, a legacy that is still observed to date.

The Amutuni War cannot be viewed in isolation but was part of the coordinated fights countrywide, mostly led by traditional leaders, which demonstrated total rejection of colonial forces and illegal foreign occupation of our motherland.

It was the determination and bravery of King Nehale lyaMpingana and others that inspired the generations that followed to take up arms against the colonialism and illegal foreign occupation of our motherland Namibia.

The Ondonga Traditional Authority under the able leadership of King Fillemon Shuumbwa Nangolo will be commemorating the 118th anniversary of Amutuni War on Friday and Saturday, 28th – 29th January 2022 by unveiling the tomb stone at Amutuni as a recognition and appreciation of the brave deeds and sacrifice of King Nehale and his brave warriors.