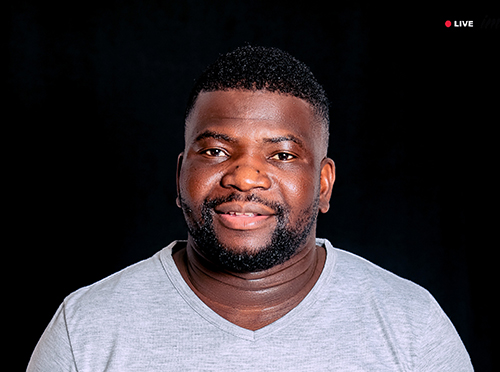 Gerhard Ndafenongo is the current director of education for the Ministry of Education, Arts and Culture under the Hardap Regional Council.

He acquired this crucial leadership position in 2020.

I was personally shocked to learn that the Hardap Regional Council has expelled the smart, hardworking and genius Ndafenongo based on unspecified reasons in their letter that they wrote to the executive director (ED)of the ministry of education dated 11  January 2022 to inform her for having decided to expel the incumbent director of education.

There has also been circulation of a letter by the ED of education, written on the 19th January 2022 to Gerhard Ndafenongo through the office of the acting Chief Regional Officer (CRO), informing Ndafenongo to stay put and disregard any part of the instruction through the letter by the chairperson of Hardap Regional Council.

A very sound and professional move by the capable hands of the education executive director, the steps and approach undertaken by the education ED reflect competent leadership and administration as it serves as reasons to more politicians and political office bearers that try to intrude in education affairs and its fraternity.

I tried to carry out a mini personal investigation into the matter. As revolutionary activists, we take social injustice very serious before we make more conclusions and take the position we study and make research about the situation.

From what I have picked up and gathered as information, I discovered that the Hardap Regional Council chairperson used the word “Expulsion” in the place of the word “eviction” in his letter dated 11th January 2022.

What the regional chairperson wanted to communicate and inform Ndafenongo, is that he was being evicted and chased out from his office which is in the Hardap Regional Council building.

Instead of using the word eviction, he was mistaken and used the word expulsion, many of us by looking at the word “expulsion” coming from a political leader and office bearer, raised lots of suspicions and confusion, as we ponder on what ground can a chairperson of a regional Council (Hardap) expel a legally and professionally appointed public servant under the Public Service Act, no. 13 of 1995.

All narrated above is the background of what transpired, and how it happened, from my investigation I found out that there’s serious tribalism at play, arrogance and disrespect of education in Hardap.

The regional chairperson wants Ndafenongo to be reporting to them through the CRO when the CRO is not the immediate supervisor of a regional director of education.

What is happening in Hardap is serious tribalism being championed by the political leaders, an ugly truth which is not only dangerous but also an illegal act against the Constitution of Namibia as it says in Article 1 (1), Namibia is hereby established as a sovereign, secular, democratic and unitary State founded on the principles of democracy, the rule of law and justice for all.

I am here upon challenging Hardap Regional Council through their regional chairperson or CRO, to come clean and tell the public why do they want to evict the genius incumbent regional education director Gerhard Ndafenongo.

He occupies the regional head office for the ministry of education an important office in the region, the question is insufficient space in their building or its tribalism