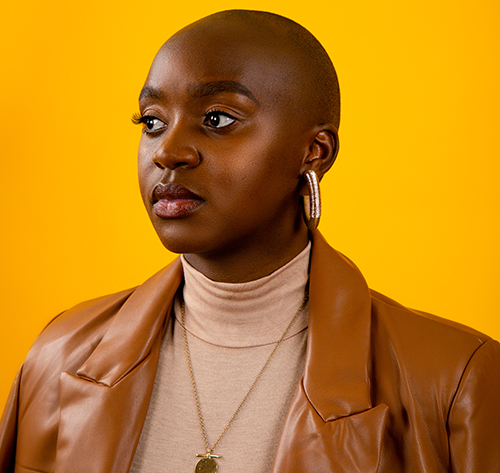 In a recent article published in The Namibian, horrendous figures exposed the state of our economy and blemished the hope of a utopia for Namibians who not only looked forward to a lighter year but live the daily reality of these incredulous figures.

It stated, “A shocking 1.6 million people in Namibia are living in poverty, as defined by the World Bank. The World Bank report further stated that Namibia’s past economic growth has not been enough to deal with the country’s triple challenge of high poverty, inequality, and unemployment”.

In other words, about 63% of our population live in poverty, and according to Country Meters, the current female population in Namibia sits at roughly 50%.

Whilst acknowledging that the majority of Namibians are immediately included and represented in the staggering figures above, it is worth highlighting and linking the many incontrovertible truths about Reproductive Justice and a country’s poor socio-economic development, in this case, and to be specific, Namibia’s current economic and social state as per the report.

According to the Asian Communities for Reproductive Justice (ACRJ), Reproductive Justice is, “... the complete physical, mental, spiritual, political, economic, and social well-being of women and girls, and will be achieved when women and girls have the economic, social and political power and resources to make healthy decisions about our bodies, sexuality and reproduction for ourselves, our families and our communities in all areas of our lives”.

With the above in mind, it is easy to deconstruct and to confirm how the restrictive abortion law in Namibia inherited 46 years ago from an apartheid administration, undermines the Reproductive Justice of Namibian women and gender non-conforming communities from different races, classes, religious and ethnic backgrounds.

The ‘Abortion and Sterilisation Act No.2 of 1975’ allows abortion in Namibia under very restrictive conditions, with incredibly cumbersome and impossible steps to obtain a safe legal abortion, ultimately leading and even forcing the pregnant individual to carry a pregnancy to term who most likely will not and cannot afford to have a child as a Namibian who most likely lives in abject poverty and possible benefits from the social grant which ‘roughly benefits 773 463 people’ (about 30% of our population), funded by the government.

In other words and to further contextualise the current reality on the ground, women and non-conforming communities simply do not have choices over their bodies as the restrictive law inadvertently but consciously, has made that choice for them, and with 50% females which make up half of our population, the cycle of poverty will not only continue to ravage most communities that already fall under the 1.6 million Namibians who live in poverty, but it will further render women and non-conforming individuals into destitution, irrevocably exacerbating our complete physical, mental, spiritual, political, economic and social well-being with far devastating and degrading circumstances than what the current figures project on poverty.

The majority of the arguments made by Namibians who are opposed to the reform of the ‘Abortion and Sterilisation Act No.2 of 1975’ have used straw men conclusions to refuse for the law to be repealed or amended, arguments such as ‘It will decrease our population, the economy needs our population to grow so that it may develop,’ in fact, in a recent publication in The Namibian, traditional leaders within the Uukonlonkadhi Traditional Authority in Onesi in the Omusati region were quoted saying, “The chairperson of the Uukolonkadhi Traditional Authority, Andreas Amunyela, said he does not support the idea, since it may lead to the closure of schools as there would be no children in the country to attend schools”.

In addition, a member of the Swapo Women’s Council said “...abortion should not be legalised because it will reduce the country’s population size.”

Taking into account the alarming and dystopian statistics on the state of our economy, particularly linked to poverty and Reproductive Justice, it is clear that the above arguments (and the ones that continue to fester and circulate in our social surroundings), do not present nor produce qualitative and sober reasons for why the law must not be repealed; even the World Bank confirms that there’s not been enough economic growth in the past (irrespective of the current abortion debates), and the arguments do not nearly consider how our current economy already is not coping with a small population (compared to most SADC neighbours) and nothing has improved nor shifted socially and economically within the perimeters of the current law except for a high rise in baby dumping and back door unsafe abortions.

Plus, why must our bodies be obscenely referenced as reproduction repositories to falsely assert that a woman’s sexual activity is immoral if it is separated from her ‘function of bearing children’.

To truly transform the state of our economy, it would behove our government to repeal the abortion law for women and non-conforming individuals to realise their full Reproductive Justice, otherwise, our nation’s population will remain poorer because we will not have the power and resources to make informed decisions about our bodies, our families and our future.

It’s been stated that ‘countries are poorest because women are powerless,’ with the current oppressive gendered law, Namibia will be headed in the direction to become one of the poorest nations in the world.