Home / Opinion - The origin of empowerment imperative in namibia

Opinion - The origin of empowerment imperative in namibia 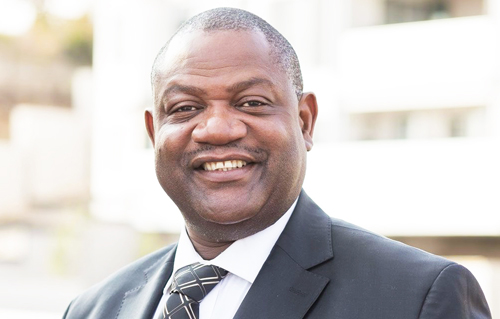 It is theoretically and empirically proven around the world that an economy can only flourish if it can meet the needs of all its economic citizens, people and their enterprises in a sustainable and manner. For any economy to prosper and develop fully, the importance of utilising fully human capital within the economic, social, legal and political fabric of a nation is important for a sustainable economic growth and development of a country.

An inclusive approach of allowing human capital to flourish within an economy attracts and encourages economic growth and leaves an enduring effect economically with a larger welfare effect and socially through higher developmental and political involvement.

The historical context of appreciating human capital towards economic and development shows however that where, human capital was suppressed or alienated from the economic developmental process, it had a profound effect on the standard of living of its people and status of developing an economy.

During colonial times, there were artificial and deliberate systems created as a form of human capital suppression such as apartheid in South Africa and Namibia, colonial imperial rule in rest of Sub-Saharan Africa, and expatriate privileges in India, Malaysia and Pakistan that systematically and purposefully restricted the majority of a country’s population from meaningful participation in its economy.

In Namibia, anecdotal evidence shows that the long term effects of colonialism coupled with apartheid has distorted the economic landscape of Namibia. The assets, skills, positions and opportunities of a significant number of Namibian people were directly and indirectly curtailed through either a racial or a socio-political or socio-economic policy.

In Namibia, for example, the result is an economic structure that today, in essence, still excludes the vast majority of its citizens, which calls for an economic imperative to involve a majority of the population into the mainstream of the economy.

Against a similar background in countries such as Malaysia, South Africa and Zimbabwe, deliberate policies have been instituted to address this skewed and self-perpetuating socio-economic situation. In Malaysia, for example a concerted policy called Bumaputra Malays was implemented to address the indigenisation of Malays from the expatriate Chinese. This policy aimed to ensure that the economic infrastructure in which the Malays found themselves was developed in order to increase their economic opportunities in terms of employment positions, assets, and income.

The majority of Namibians, during the colonial and apartheid era have systematically and purposefully been excluded from meaningful participation in the economy. This has mainly manifested in land dispossession and deprivation, repressive labour systems, labour protectionism for select few number of workers, exploitation of natural endowments (including its human capital), discrimination in social and economic spending, and rooted high level of perpetuated incidence of absolute and relative poverty resulting in high income inequality. These manifestations further created a highly differentiated class structures and as a result, meaningful participation in the economy continues to elude the majority of Namibians because these past systems were designed to deliberately suppress skills development and access to social services such as education thereby hampering entrepreneurship that could have assisted more people from accessing the mainstream economy. Namibia requires an economy that can meet the needs of its entire people and their enterprises in a sustainable manner. The time has arrived to integrate more people and by emphasis, more Namibian people into the mainstream of the economy.

At independence, an undertaking was made to redress the past through national reconciliation which should continue to be the case in the present economic situation.

Economic transformation, avowed in the Namibian constitution on apartheid and affirmative action, remains an integral part of Namibia’s development process. The constitution sets the legal ground for enacting legislation to implement policies and programmes to redress the socioeconomic imbalances created by past discriminatory laws and practices.

Namibia has since enshrined some of its objectives in respect of sustainable economic development and transformation in Vision 2030 and the National Development Plans as well as in the Harambee Prosperity Plans.

An array of additional social and economic policies, strategies, legislative and programme interventions have been introduced to encourage the redistribution of wealth and opportunities, as well as empower communities and individuals previously disadvantaged on the basis of their race, ethnicity, culture and sex, amongst others.

Notwithstanding these interventions, the structural inequalities - a direct consequence of apartheid and colonialism - remain. Although Namibia is termed resource rich and has a high per capita income, placing it in the group of middle-income countries, it remains an uneven society with one of the highest income inequality levels.

The imperative to do it now is more crucial than for ever to put Namibia on a competitive path towards increased economic growth greater enterprise activity, industrialisation with the aim to reduce poverty and income inequality.

The structural inequalities characterising our economic landscape is not unique to Namibia. South Africa has similarly been detrimentally affected by apartheid and has since taken legislative measures – not without criticism – to redress structural inequalities. There is a realisation at grassroots level in Namibia that any approach to transforming our economy has to be sensitive to the needs and aspirations of all the people in Namibia with a common vision to take account of challenges peculiar to Namibia on ensured economic redress and economic prosperity for all Namibians.

*Heinrich Mihe Gaomab II is the President of the Namibian Economic Society.