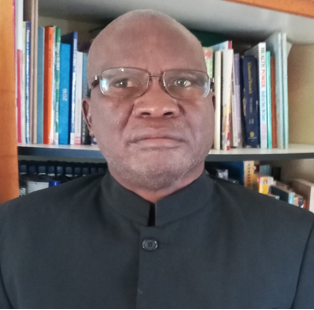 The youth are ushered in the New Year with the presidential warning issued on 2 December 2021 at a youth engagement event at State House that government is not God to create jobs. This means that the youth should therefore start creating jobs themselves instead of looking up to government.

It is a reality that for more than three decades government has struggled to create jobs, but everything seems to go downhill for different reasons. Whereas the statement as uttered by the Head of State encourages the youth to start their own business the reality on the ground should be seriously scrutinised.

Since the ruling party started campaigning freely in Namibia in 1989, some of the key components and promises were free education, free medical services and better job creation opportunities. This trend of promises has been the hallmark of the ruling party’s political campaigns. In trying to fulfil and realise this promise, government at one stage created the directorate responsible for job creation.

Whether the directorate was effective in creating jobs for the youth or not remains buried in the annals of the defunct section of that ministry. The message signalled the failure of government to create and provide jobs for the youth after more than three decades of nationhood despite all the resources and manageable population Namibia has.

Job seekers will face an insurmountable task in creating jobs because of the virus. Many job opportunities were affected and lost since the virus started as it stagnated all economic and political activities and sectors. The prospects of creating jobs this year therefore will at all times hit the had rock. However, this should not despair the youth, but should make use of any available opportunity to create jobs.

Namibia is always regarded as the brainchild of the United Nations. Whereas this is true, charity begins at home and, therefore, Namibia should always consider her children first before dishing job opportunities to others. The process should equally be reciprocal and Namibians should be seen as being employable in other countries, complying with international standards.

The issue of exploiting foreign nationals by giving them fewer remuneration packages to bar Namibians from jobs that are rightful theirs should be abandoned. There is nothing xenophobic in treating both Namibians and other nationals fairly well or giving preferences to the locals. It can be proved that in some SADC countries, Namibian employment applications are always thrown into the dustbins.

For all these years after Independence, many young people have been entertaining the mindset that government will create jobs for them and dish them on a platter. This mindset will have to change and start thinking outside the employment box.

It is a fact that government alone cannot shoulder the employment burden but other stakeholders like the private sector and other self-employment agencies should step in and render a hand in jobs creation.

The agencies that are assisting government in employing the youth should be commended and appreciated for the enormous task they are shouldering. Job creation should not be a person-show but all should pull together in one direction and support one another in this process.

The youth should also stop hero-worshipping and singing unnecessary empty slogans for leaders who have become insensitive to their plight. Even if leaders deliver, they should not be worshipped because that is their responsibility.

One thing is clear that despite all plans and commitment to create jobs, if there is no financial support from both government and the private sector, all these brilliant schemes will only be on paper and in the minds of the youth who constructed them.

It will be like putting water or milk in a basket. The siphoning of funds from the SME bank by the big fishes makes it difficult for the youth to acquire money for projects. In addition, money that is being embezzled through corrupt means could have been put to good use if made available for the youth to create jobs.

The government should now learn that all Namibian youth are equal before the law and should be treated as such. Special preference given to the Children of the Liberation Struggle should be minimized if not halted completely. After all, it is more than three decades after Namibian Independence and, therefore, do not have Children of the Liberation as such as some of them are grandmothers and grandfathers. All regions should benefit from job opportunities offered by both Government and the private sector.

Education should be jobs orientated

In both formal schooling setup and the community, what is taught should assist children and other stakeholders to solve everyday problems. According to Dewey, education should be seen to be pragmatic. For example, at both primary and secondary levels, learners should be taught basic carpentry skills to enable them to create jobs. If a desk is broken, learners should be able to repair it.

Where the school is in short supply of vegetables, learners should do some basic gardening and grow vegetables to feed themselves and at the same time, earn some income. These measures might assist in the process of employment creation among the youth.