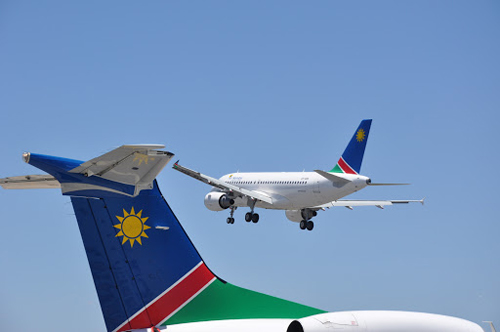 Although business and politics can never be separated, as one influences the other, political interference in business operations has historically resulted in the downfall of many companies.

Local analysts believe it is precisely this political interference that led to the downfall of Air Namibia over the years. Popular Democratic Movement (PDM) parliamentarian, Nico Smit claimed on Tuesday in parliament that the ruling party Swapo interfered with the airline operations, which ultimately led to the national carrier’s demise.

Smit said Swapo decided to implement its policy of appointing politically acceptable people in top management and on the board of directors, rather than people with airline and business competencies, which resulted in the catastrophic decline of the airline’s profitability.
Smit asked Deputy Prime Minister Netumbo Nandi-Ndaitwah to admit she misled parliament as well as the public with her statement that Air Namibia has never made a profit since its inception and that it had historical losses attributable to the apartheid era.

According to Smit, Air Namibia actually registered profits in 1990, 1992 and 1996.
Also commenting on the downfall of Air Namibia, Graham Hopwood, executive director at the Institute for Public Policy Research (IPPR), on Monday said political interference over the years in the airline led to the death of the national airline.
Hopwood said looking at the airline management, out of 12 managing directors, only about two had skills in running airlines over the past years, with some being political appointments, which also spread to other upper management and boards.

“Taking decisions in favour of politics rather than business interests turns out wrong for business performance, such as was the case with Air Namibia. The airline became a political project, but I believe the government learned a lesson from this scenario to have the right skills in the right positions,” noted Hopwood.

Also in Parliament on Tuesday, Minister of Public Enterprises Leon Jooste stated political interference can take many forms – and sometimes, as was the case with the national airline, government would request the airline to fly a specific route.
He feels this might have been for diplomatic or trade reasons at that given time, which came at a cost. “So, it’s important to assess and justify the cost,” said Jooste.
- mndjavera@nepc.com.na