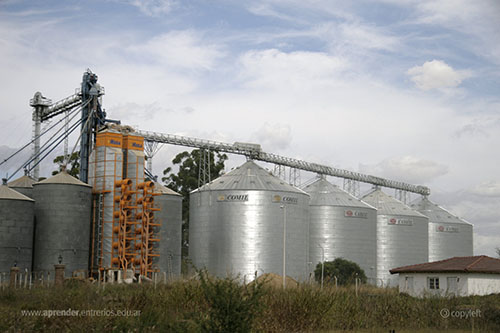 The Agro-Marketing and Trade Agency has called on Namibians to desist from buying smuggled maize meal from neighbouring countries, as it jeopardises the local grain procurement process. This comes after residents of Zambezi opted to buy smuggled maize meal from Zambia, entering via non-designated border points because it is cheaper than locally produced maize.

The situation is said to have worsened since food and fuel prices escalated sharply in recent months.

Amta, through the national strategic food reserves (NSFR), is mandated to procure tonnes of mahangu and maize surpluses from farmers countrywide.

NSFR manager Lesley Losper on Wednesday said, “we all have a role to play to ensure smuggled maize or grain from neighbouring countries, such as Zambia, does not find its way into the local market”.

He reasoned if such a situation is allowed to continue unaddressed, Amta will end up buying or procuring fewer grains from local farmers.

At the moment, Amta’s procurement process started on 1 July and is expected to run until October. Since 1 July to date, Amta has procured close to 700 tonnes of white maize in Zambezi.

“By October, we expect to have procured all the grains from local farmers,” he said. For white maize, Losper said, Amta expects to procure about 5 000 tonnes.

“We also expect to procure 1 000 tonnes of mahangu. Currently, we are buying white maize from Zambezi local farmers and also from both Kavango regions. We are also procuring grains from farmers around Grootfontein,” he said.

Before any local farmer sells grains to Amta, such a person has to first register with the Namibia Agronomic Board, as it regulates the industry.

However, he said, the response for mahangu procurement is slow.

He attributed the slow pace to farmers keeping their surpluses for household consumption.

Losper said the slow pace is a repetition of last year when Amta managed to procure only 650 tonnes of mahangu, compared to the 1 000 tonnes targeted.

“I am not optimistic this year we will reach that target of 1 000. Those who have surpluses are coming out but the registration has been slow. It’s not encouraging. We want to take in surpluses so it doesn’t get spoiled. It is for national food security reasons,” he remarked.

This year, the price for mahangu is N$6 330 per tonne, compared to N$5 300 paid per tonne last year. In Zambezi, he said there is an overwhelming response from local farmers in procuring white maize.

It is estimated there are 10 000 tonnes of white maize in Zambezi. Out of the 10 000, Amta is expected to take 2 000 tonnes for its own use, while 3 000 tonnes are earmarked for private millers outside the region.

The remaining 5 000 tonnes are then allocated for use by local millers within Zambezi. “We are assisting the region to facilitate the procurement of 3 000 tonnes outside the region so it does not get spoiled. So farmers must come out so we fast track the process,” Losper encouraged.