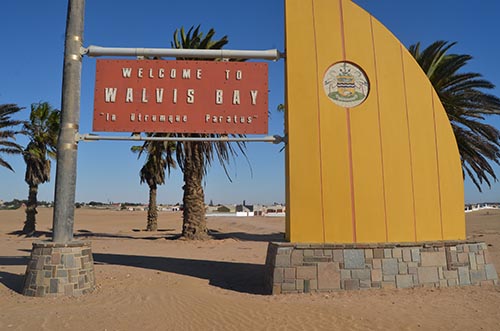 Two senior officials of the Walvis Bay municipality were internally charged with negligence and gross misconduct last week. This was confirmed by internal sources at the municipality earlier this week, although the councillors opted not to comment on the matter.

The charges were formulated by Seena Legal Consult, who on Wednesday referred New Era to the municipality upon enquiry. The acting CEO of the municipality, David Ushona, told New Era they do not discuss personnel matters with the media.

“It is an internal matter, and we cannot discuss issues relating to our staff with the media,” he said. Council documents presented on Wednesday evening during the monthly council meeting also indicated investigations were completed, and that the two staff members had been served with disciplinary charges.

“At this point, it is still an internal disciplinary action and council intervention should be avoided at all times,” the council document reads.

The internal charges, according to some municipal employees, are part of the recommendations made by PriceWaterCooper’s report.

The council paid over N$600 000 last year to carry out a forensic investigation.

This is after community activist Knowledge Ipinge laid a charge against the municipality, claiming N$24 million allegedly went missing during the construction and sale of houses constructed through the massive urban land-servicing project at the town.

This led to the council suspending the former CEO Muronga Haingura, manager for community affairs Agostinho Victor, general manager for housing Jack Manale and property clerk Connie Summers due to the investigation in 2020.

However, all employees were reinstated last year shortly after the forensic report was finalised.

Council, however, opted not to renew Haingura’s contract when his term as CEO ended last year.

According to the abridged report made available to the media last year by the council, one of the recommendations was that an external human resource specialist, assisted by a legal entity if necessary, be appointed to do further investigations into the specific matters as addressed in the recommendations.

The report pointed to some heads of department who failed to perform their duties properly, while also implicating more council employees. The public relations department of the municipality also told New Era they cannot comment on the issue.

“The municipality is not in a position to provide details relating to staff information or information related to disciplinary cases in order to protect the procedure, rights and obligations of both the organisation and employees,” the public relations department said on Monday.