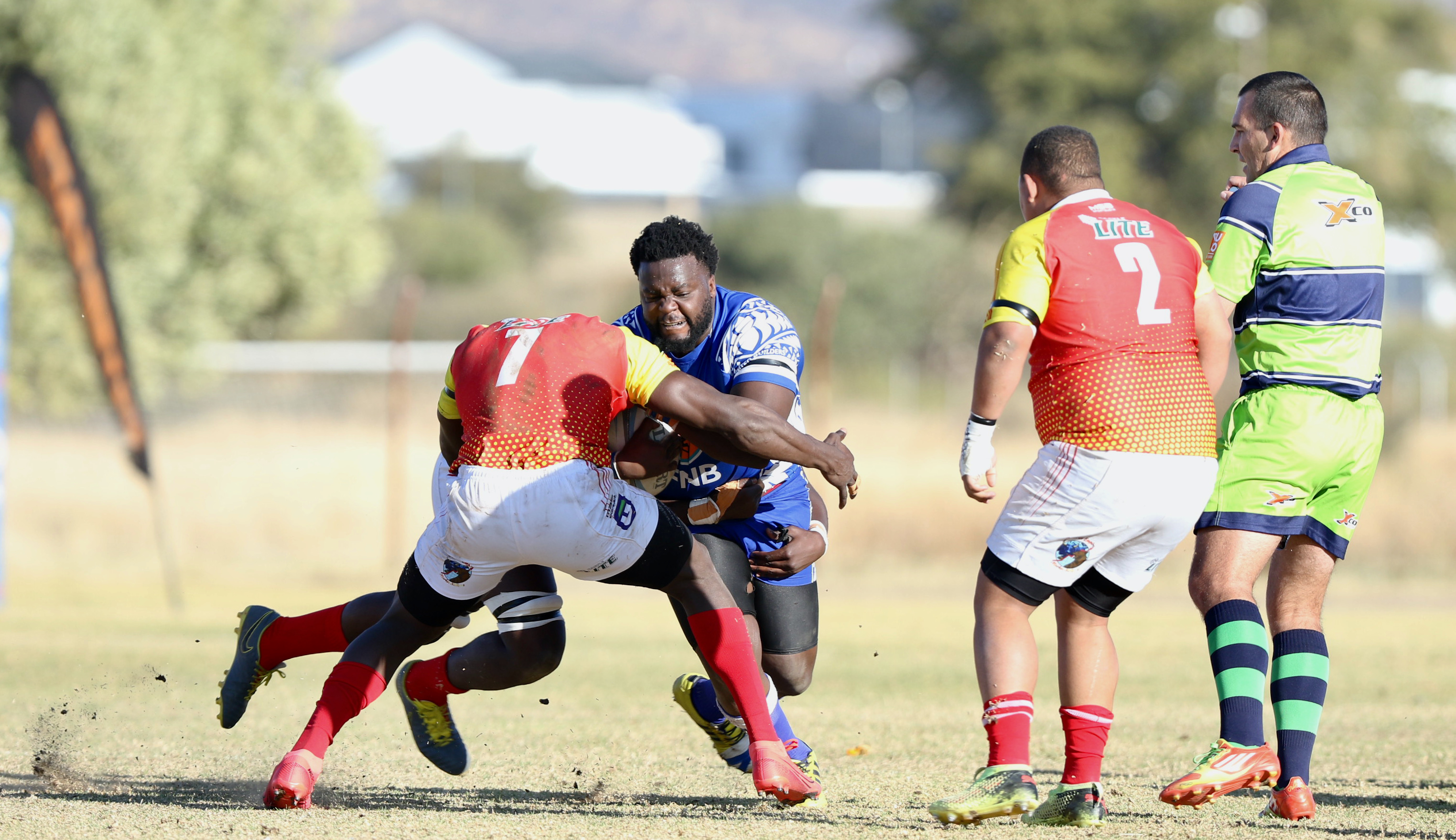 Coastal outfit Kudus will tomorrow have to run, kick, tackle and play hard to remain number one on the Namibia Rugby Union (NRU) Premier League log standing as Wanderers are gunning for their throats.

Second-placed Wanderers want to take them down and claim the top spot.

Both sponsored by FNB, the two teams are separated by one point from 11 games each – Kudus 51 and Wanderers 50.

Kudus’ coach Gawan Esterhuizen is aware of the battle that looms but insists they are ready.

“They have a good team that can give us a run for your money. However, we have prepared enough for this encounter and we remain positive ahead of this match,” he told New Era Sport.

In terms of injuries, the gaffer said they have a few lads that are nursing injuries but remain positive that they would be ready ahead of the much-anticipated encounter.

Kudus have thus far won 10 and only lost one match, while Wanderers have won eight and lost three games, despite having scored the most tries (68) thus far in the season. Kudus have 55 tries.

Esterhuizen’s counterpart Rohan Kitshoff said his charges too are ready for the tough encounter against the log leaders.

“We are looking forward to Saturday’s match. It’s going to be a tough match but we take it as any other league match. We have no pressure playing against them; we still have a long way to go before the champions are crowned,” he said.

In other matches, Rehoboth, who are fifth on the table, and seventh-placed Trustco United will lock horns, while Khomasdal outfit Western Suburbs and Grootfontein will compete, and defending champions Unam play against Reho Falcon.