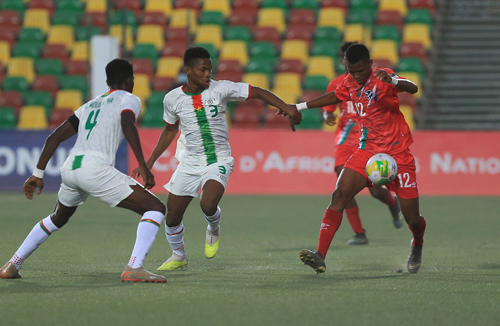 Brave Warriors legendary striker Rudolf Bester is heaping praise on the country’s U/20 side, the Young Warriors, for putting up a courageous performance at the ongoing African Cup of Nations (Afcon) in Mauritania.

Although Namibia was on Sunday eliminated from the continental youth tournament after a 1-0 defeat to Burkina Faso, which saw them finish bottom of Group B with just one point, Bester is however convinced the young lads did well under trying circumstances and that there are lots of positives to take away from their overall display at the tournament.

The former Soweto giants Orlando Pirates striker, who also plied his trade professionally for South African outfits Maritzburg United, Moroka Swallows, Golden Arrows and Free State Stars as well as Serbian side Fudbalski klub Čukarički, is of the opinion that the Young Warriors qualifying for this year’s U/20 Afcon is already an achievement on its own and they could have done even much better had the state of football affairs in the country been better.

The lack of active domestic leagues and inadequate preparation ahead of their Afcon debut are some but of the few setbacks Bester believes hampered the Young Warriors campaign at the ongoing tournament.

“Their overall performance was overwhelming for me, I think lack of proper preparation and lack of active football leagues here at home could have led to these boys not living above their weight at this competition [U/20 Afcon]. For the other countries partaking at the same tournament, they had their leagues being played in their countries and that could have possibly aided their performance as we all saw.

The Burkina Faso was tough and the pressure was too much on them but I think the boys managed to stand their grounds. We had various chances to score and dominated in some areas but we could not take our chances. We were just unlucky on Sunday,” he added.

Meanwhile, Young Warriors gaffer James Britz told the Namibia Football Association (NFA) media desk, “Unfortunately, we went out early, but I must say there are some good things that we can take from this tournament. Out of our three games, we had two man-of-the-match awards which I think is great at this level. We come from a country that only has 2.5 million people and we got two awards – Prins Tjiueza against the Central Africa Republic and our captain Steven Damaseb against Burkina Faso. So we can take pride in these achievements.”
- mkambukwe@nepc.com.na