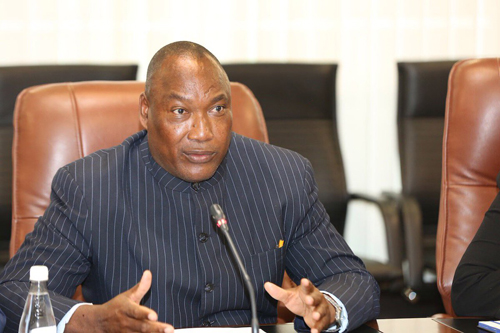 The Presidential Commission into Claims of Ancestral Land Rights and Restitution has raised serious concerns over incidents of illegal fencing in communal areas, describing it as an infringement of the rights of access to the commonage, which have an impact on sustainable livelihoods.
According to statistics presented during the Second National Land Conference in 2017, Ohangwena tops the list with 107 cases of illegal fencing reported between 2012-2015.

Section 18 of the Communal Land Reform Act (Act 5 of 2002), enacted in 2003, takes a strong position against the erection of fences on communal land, which according to statistics is prevalent in Omusati, Ohangwena, Oshikoto, Omaheke and Otjozondjupa regions.
Time and time again, wealthy politicians and traditional leaders have been accused of fencing off massive tracts of land, at times measuring over 3 000 hectares, in communal areas.

The commission, led by Judge Shafimana Ueitele, expressed the most serious reservations about the situation in the Kavango East, Kavango West and Omusati, Ohangwena and Oshikoto regions, and to some degree, in Zambezi.

Ueitele said during the public hearings the commission heard testimonies with respect to the illegal fencing off of areas in communal areas.
He said these testimonies were confirmed and validated by the relevant communal land boards. “During the fact-finding visit, the Omusati Communal Land Board reported to the Commission that it was aware of 34 cases of illegal fencing, and that the removal of all illegal fences in Omusati alone would enlarge the commonage by almost 50 000 hectares,” Ueitele said.

Ueitele, however, said when travelling through the regions during the public hearings, the commissioners observed that extensive tracts of land were indeed fenced off.

He said deponents who testified during the public hearings had also complained about illegal fencing in these regions.
“During our validation visits, for example, we confirmed that five persons had fenced off large tracts of land at Maporeza village in Mankumpi constituency of Kavango West region,” Ueitele said in the report.

He said the commissioners also witnessed the impact of illegal fencing on the livelihoods of ordinary people, as the fences literally cut off the villagers’ access to water resources, roads and other villages, including enclosing their mahangu fields and grazing areas.
“Illegal fencing in communal areas is resulting in putting people who are not dependent on government for their basic needs into poverty traps, as they could make a living out of subsistence agriculture,” he said.

According to Ueitele, the commission observed a sense of desperation and hopelessness, as people affected by illegal fencing in communal areas seem not to have any recourse in seeking remedy from either the land reform ministry or communal land boards or traditional authorities regarding their situation.

President Hage Geingob just after the land conference in 2017 told then safety and security minister Charles Namoloh to put his shoulder to the wheel and start implementing laws prohibiting illegal fencing in various communal areas without further delay.
However, this presidential command seems to have fallen on deaf ears.

Geingob at the time said he was gravely disturbed by incidents of illegal fencing that are so prevalent across communal areas that the barriers restrict the movement of livestock.