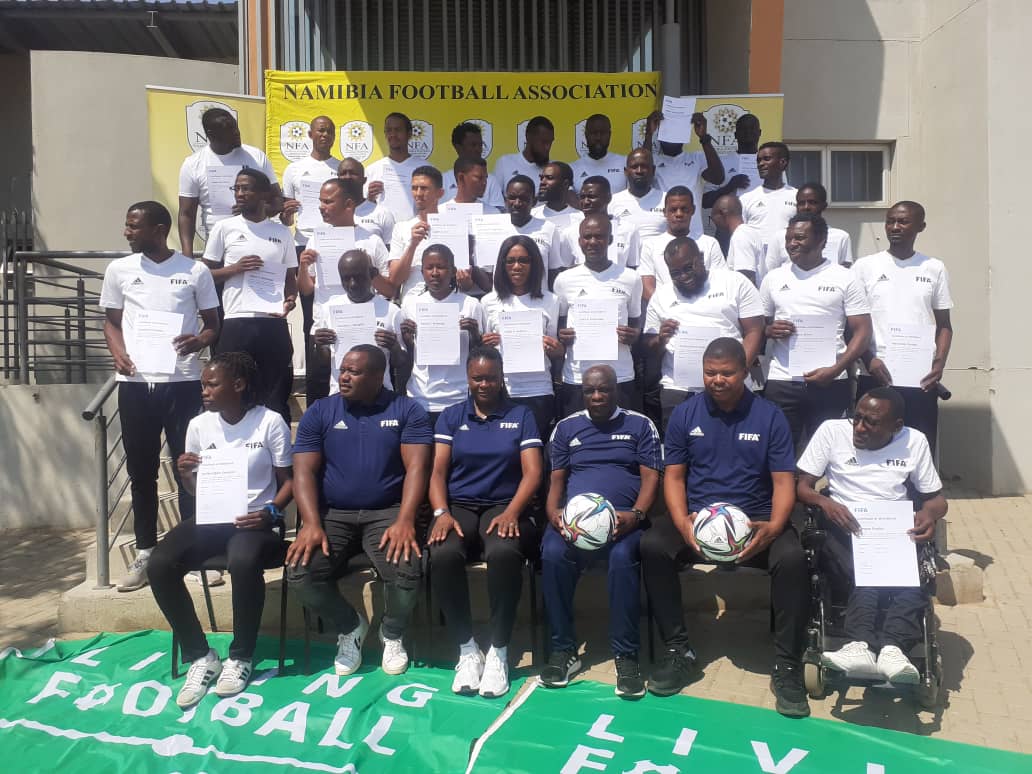 Kaputa, the former technical director of the Malawi Football Association and now a fully-fledged Fifa technical instructor, conducted the course at the NFA Football House, which saw 33 local coaches from different regions being taken through the ropes on the basic elements of youth coaching.

Upon conclusion of the course on Friday, all 33 coaches received their NFA/Fifa Youth Coaching Licences after graduating from the week-long training.

Kaputa, who spearheaded and oversaw all aspects of the training, expressed happiness with the overall conduct and willingness of the local coaches to learn more about the new trends of football and coaching upcoming youngsters.

“The participants have been very attentive and active both in class as well as on the pitch. I have no doubt that they will plough back into their respective communities what they have learned here,” said Kaputa. “Apart from that, there is an academy (Kasaona FA) that offered their young players to be used for practical sessions and that is a very recommendable way of doing things. I will go back home happy, knowing it was a success and these coaches will go back and empower the young ones. The future looks bright.” Meanwhile, NFA mentee instructor Willem Kapukare, who assisted Kaputa, said he was satisfied with how the course was conducted and with how the participants made things easy for the instructors.

“This was a very important course for all participants, as some are coming from the remotest areas of the country and with the knowledge that they learned, we are guaranteed that this will further elevate grassroots football development as they now know all the basics of the game,” he added.

One of the participants, Emilia Andreas from the Ohangwena region, who has been coaching an academy for years without any knowledge and papers, said the course played an important part in providing more insight on the game and also further solidified her coaching career.

She added that with information from the coaching course, she is now aware of how to control and coach different age groups on the field and also how to play a tactical game; something she was lacking from the beginning.

“I am happy to have been a participant as I have learned a lot from this coaching course. For the past few years, I have been coaching without proper knowledge and now I know how to coach players of varying ages. I am a good tactical coach now and I believe from here my team will be the best in the region,” she added.