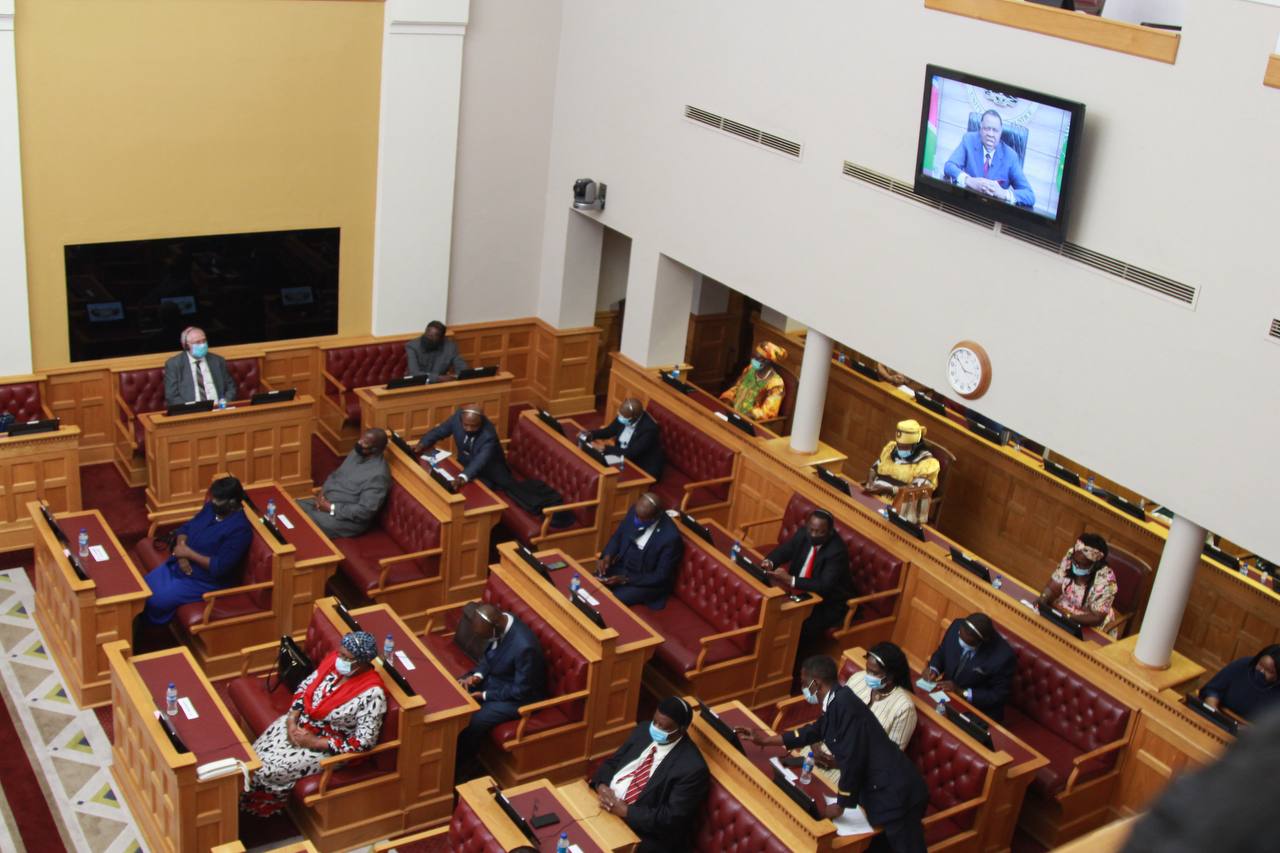 resident Hage Geingob has called upon members of parliament not to betray the public trust but to aspire to set high standards of conduct by displaying exemplary behaviour at all times.

The President, who was speaking during the official opening of the third session of the seventh parliament yesterday, also encouraged lawmakers to engage in lively and intelligent debates.

“It is crucial that your conduct within and outside of the chamber must connote honesty and integrity. I say this to you with cognizance that this applies to representatives of all the organs of the state, including the executive, which I represent,” Geingob said in a virtual address.

Furthermore, he said, it was encouraging to see the impact that youthful MPs have had in contributing to discourse and debate within the August House. Nevertheless, he said, MPs must learn to agree to
disagree while maintaining utmost decorum of the chamber.

The National Assembly, in particular, has been tarnished by the conduct of some parliamentarians, with the use of offensive and unbecoming language becoming the order of the day when parliament started last year.  Meanwhile, the Head of State also touched on the issue of gender-based violence (GBV), saying that a nation that cannot guarantee the safety of its women and children can never ascend to the lofty heights of prosperity.

“Crimes that are aimed at women and children, often in the most brutal fashion, have become persistent in our society, with devastating consequences,” he said.

“This cannot be tolerated.”

He, therefore, implored lawmakers to ensure they create a legal environment, which exacts maximum punishment on the perpetrators of crimes aimed at women and children, with the view to get rid of the scourge. Geingob said he was pleased to note that the Combating of Rape Amendment Bill and the Combating of Domestic Violence Amendment Bill include appropriate penalties.

He said that does not only demonstrate that government takes the offence of rape seriously but it also resolves to deter offenders from committing these heinous crimes.  “The people of Namibia have mandated the government with the responsibility of delivering on the promise of prosperity,” he said, adding that this will not come easy.

Furthermore, Geingob said, the world is living in the information age and the discourse concerning the future of work is dominated by references to the fourth industrial revolution (4IR).

He, therefore, informed MPs that in the near future, they will have ability to remotely log in to partake in parliament sessions, a positive sign that the infusion of technological systems into the workplace is taking place at the highest level. Hopefully, he said, technology will enhance the work of parliament.

“As lawmakers, you are representatives of the people – and therefore, you are held to very high standards,” he said.