Home / Opinion: Say no to tollgates

Opinion: Say no to tollgates 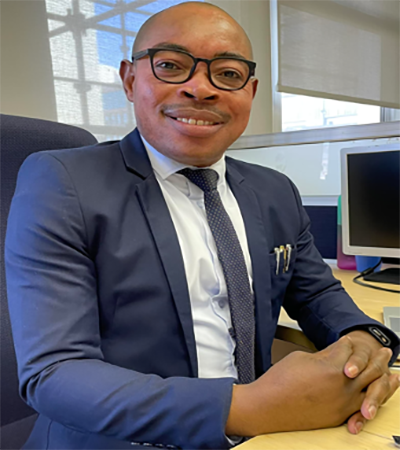 The proposal is questionable, and it comes at a time when people are facing undue hardship, including a high cost of living. As such, Namibians see themselves as being caught between the devil and the deep sea. The introduction of tollgates become another punishment for Namibia.

According to the Road Fund Administration (RFA), there is an anticipated massive increase in revenue. This will translate to about between N$500 million to N$750 million per annum – just by tolling 23 sections of our road network.

Why should one pay for a road when one wants to move from one place to another? When we pay taxes, these monies are used for the service that government renders to us all.

Taxes are used to pay for these services – whether or not we make use of all of them. This will greatly inconvenience not only the motoring public but also workers, as this would further increase the cost of transport for the already hard-hit Namibians.

It is inhumane. If nothing changes, it will seem like a tragedy to lower-income households. In light of the current threat to the nation’s economy, the ruling, if left unchallenged, will not only destabilise the country but further stifle economic recovery. Therefore, we shall challenge this new proposed policy. Inequality, in its various forms, is an issue that affects humans – and it is not only a threat to economic and social rights but it impends the advancement of all rights.

Furthermore, most motorists are low-income earners, driving Dankie Botswana vehicles, and this will be a tough ride for them, as they will be forced to part with their few hard-earned dollars. I believe it will be a good initiative after our economy has stabilised.

So, there are national roads, which most citizens will never use, yet their tax is used to pay for these roads. The RFA is not helping us at all but wants us to get poorer. We are taxed every month – and now we have to pay for tollgates.

It is aggravating to realise that the government does not put into consideration how these escalating fees will affect us and make us miserable; people have cars, mortgages and school fees to pay.

They are robbing us with the tax money – and now it’s tollgates.

It is easy for the rich to pay these fees. The same applies to government officials who use government cars and use other resources paid for by the taxpayers. What about the poor? What about the citizens already scraping by and barely making ends meet? They will pay more for diesel, food and for this and that.

It is indeed difficult to fathom how Namibia, with a shrivelling economy that saw many people retrenched in 2021, a country where the few who have employed earn salaries below the poverty datum line, and where the majority survive on informal sectors, can propose tollgates when the same is being resisted in the much more developed economy of South Africa.

In Namibia, motorists simply cannot afford the additional cost of tollgates. Additionally, travel times will be reduced. These reductions in travel times, converted into money equivalents, are regarded as highway benefits to be set off against highway costs.

I think RFA should think deeply before making any laws and decisions. It will be in the interest of the RFA to look for other alternative methods to strengthen the economic policies of the government and return Namibia to the good old days, instead of introducing tollgates.

It is undeniable that it is a means of generating funds that can be used to maintain those roads and equally raise the government’s revenue. However, we should know that these times are extremely hard, and there is a limit to which people can be pushed to spend non-existent money. Therefore, the plan to build tollgates is ill-timed and anti-masses. Let the rich stop pushing the poor because the poor are near the wall.

From the economic point of view

The Road Fund Administration (RFA) official has indicated they are expected to be collecting N$500 million to N$700 million through tollgates. The introduction of tollgate fees will have a great impact on businesses, especially small and medium enterprises (SMEs). The seven-seaters and minibus owners perceived exorbitant charges that threaten their business operations. This could eventually push up the cost of transport and, consequently, the prices of services and products. This burden could then be passed on to the consumer.

The public needs assurance from the government that the money collected will be used for intended purposes and not diverted through fraud and corruption. From the economic point of view, tolling is an instrument that can be uniquely suited to the collection of efficient road use prices.

Hence, tollgates are generally imposed to raise additional net revenue, and they appear to be a suitable instrument if the object is revenue earmarking or private financing and management of roads. However, investment lumpiness and increasing returns make roads a commercially viable enterprise only occasionally.

Taxing people to death can never be the right way to shore up our depleting earnings as a nation. Going forward, the idea of having tollgates is awesome but it may not go down well with the masses due to a perceived lack of transparency. Our lawmakers should always realise that Namibians will not just fall for any law that will not benefit them at all. Moreover, ideas like these should not just be announced from nowhere but there should be clear sensitisation on the part of the public so that they understand and appreciate why they are being asked to pay for using the roads to avoid a backlash.

At this end, you cannot give what you do not have. This is not the time for the collection of tolls; the economy is not doing well, and there is a limit to which people can be pushed to spend non-existent money.

Therefore, the RFA should target foreign trucks and let the status quo for Namibian vehicles continue. I do not support the proposal.