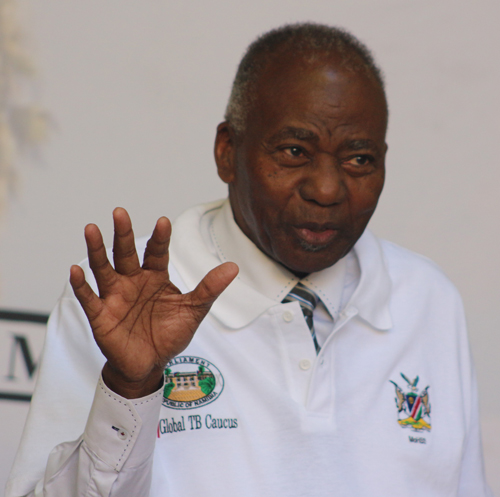 Speaker of the National Assembly Peter Katjavivi has called on members of the Parliamentary Standing Committee on Constitutional and Legal Affairs to prioritise and finalise important matters related to the realisation of  National Genocide Remembrance Day.

There have been calls by the affected communities for government to declare a remembrance day in honour of the thousands of Namibians who perished in the German-sanctioned genocide at the turn of the 20th century.

“We are currently reviewing proposed dates for an annual commemoration of the genocide that took place in Namibia during the German colonial period. We encourage the members of the relevant parliamentary standing committee to finalise this important matter as soon as possible,” Katjavivi said in a statement last week.

Katjavivi said this when he joined the rest of the world in commemorating International Holocaust Remembrance Day, which honours those who died in the Holocaust during the Second World War.

The Holocaust was the genocide of the European Jews. Between 1941 and 1945, across German-occupied Europe, Nazi Germany and its collaborators systematically murdered some six million Jews, around two-thirds of Europe’s Jewish population.

The call for a National Genocide Remembrance Day late last year came to the fore after Popular Democratic Movement (PDM) leader McHenry Venaani wrote to President Hage Geingob requesting clarity on the finalisation of the promulgation of the day.

At the time, Maamberua said the purpose of the motion was for parliament to discuss, debate, and through a standing committee of parliament, consult the affected communities and relevant authorities to determine and bring about the enactment or declaration of the memorial day.

Maamberua proposed that 28 May should be declared National Genocide Remembrance Day, as it was on that day that the official and formal closure to the Ovaherero and Nama genocide episode was reached when all concentration camps in Namibia were ordered to close in 1908.
However, this was countered by Venaani, the Ovaherero Traditional Authority and the Affirmative Repositioning (AR) Movement, which proposed 2 October for the memorial day.
– ktjitemisa@nepc.com.na