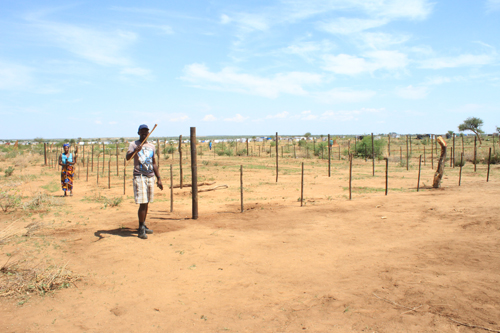 The much-anticipated Presidential Commission into Claims of Ancestral Land Rights and Restitution has found that all Namibians in one way or the other lost their ancestral land during colonialism and systematic land dispossession by settlers and colonial administrators.

The commission, led by Judge Shafimana Ueitele, in its final report said based on claims in the testimonies received and reviewed, there is evidence, backed by historical facts, that all indigenous communities were, in one way or the other, affected and lost ancestral land.

However, he said, the most affected were those communities in the central and southern parts of the country. “At the height of colonial land dispossession in 1913 the San and the Ovaherero communities were completely deprived of all their previous ancestral land and were, therefore, left completely landless,” Ueitele said in the 797-page report.

Similarly, the commission found the same fate also befell most Nama and Damara communities, who were left with small pockets of land in the Berseba, Bondel and Soromas areas as well as in Okombahe, Sesfontein and Fransfontein.

“Although there may be historical evidence, especially in maps, that suggest the existence of some general boundaries and jurisdictions during the pre-colonial era, it is not possible to determine exact ancestral land boundaries between the various communities and, therefore, the size of land occupied by each community during this historical epoch,” the report reads.

According to the report, different communities are claiming ancestral land which their forebears occupied during different time periods, some of which dates back thousands of years. This, according to the report, attests to contestations in historical narratives received by the commission.
“The issue of ancestral land claims remains complex and restitution in full may not be possible as rightly observed during the 1991 historic Land Conference, but, as a matter of rights and restorative justice, government must address the question of ancestral land rights.”

The report says there is growing impatience, disgruntlement and indignation being experienced by landless and land hungry communities, who were dispossessed of their ancestral land at different times and in various ways and scales, warranting the establishment of formal legal and administrative mechanisms to deal with the issue.

To this, the commission recommended that parliament, through a consultative process, must enact ancestral land rights claim and restitution legislation not later than two years from the end of the inquiry.

“The process and its ultimate product must remain consistent with constitutional, international and human right legal principles of rule of law, remedy for human rights violations, non-discrimination, fairness, and justice for all, whilst providing legality in terms of definitional, legal objects, frameworks, mandate and institutional structure(s) to consider ancestral land claims and restitution.”

Furthermore, the report says despite the land reform programme adopted by the government after independence, land distribution in the country has remained skewed in favour of the white minority who largely benefitted from the racially based land policies of the colonial era.
As at 2018, 70% (27 863 813 hectares) of private freehold agricultural (commercial) land remains in the hands of previously advantaged persons with previously disadvantaged persons owning only 16% (6 373 441 hectares) of private freehold agricultural (commercial) land.
This, according to the report, is not coincidental, but a clear indication of the legacy that historical injustices, particularly colonial land dispossession, have been bequeathed to the country.

“The rate at which land redistribution is taking place is perceived to be painfully slow, and thus falls far below the expectations of the majority of largely landless communities in the country, particularly the descendants of those that were mostly affected by colonial land dispossession,” the report reads.

President Hage Geingob appointed the commission in February 2019 as part of resolutions taken at the Second Land Conference in 2017. The 15-member commission went on a fact-finding mission to hear those who wanted to submit claims on ancestral land and the nature of the restitution, as well as to define communities that have ancestral land, the size, localities and boundaries. It submitted its preliminary report to Geingob in July last year.
ktjitemisa@nepc.com.na