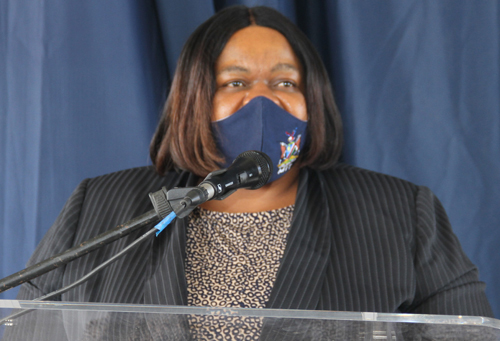 For the SADC Protocol on Industry to come into force, at least two-thirds or 11 members states have to ratify it. In this regard, Namibia will demonstrate considerable leadership in being amongst the first countries to ratify the protocol.

This is according to Lucia Iipumbu, Minister of Industrialisation and Trade, who on Wednesday in the National Assembly motivated the ratification of the protocol.

Seychelles was the first country to have ratified the protocol and Iipumbu stated if Namibia signs up to the legislation, it will ensure regional industrialisation is placed on a firmer footing.

Iipumbu noted that it is therefore essential for SADC member states to ensure the process of ratification as this is a key pillar in efforts to ensure that regional industrialisation takes place.

In highlighting the key objectives of the protocol, the industrialisation minister stated the protocol calls for the development of prioritised regional value chains among member states.

She further stressed that these sectors are the same that have been identified nationally through the Growth at the Home execution plan as part of the national industrial policy of 2012.

Moreover, the SADC protocol also calls for micro, small, and medium enterprises (MSMEs) to be supported to master advanced technologies, enhance their competitiveness, and be financially supported.

Namibia is a forerunner in implementing a national industrial modernisation and upgrading programme (IUMP) since 2012. Iipumbu stated that the IUMP is a requirement for all member states to adopt in the SADC Industrialisation Strategy.

Resultantly, Namibia received a financial envelope from the SADC-trade-related facility to right-size the IUMP as per the requirements under SADC Industrialisation Strategy and Roadmap (SISR).

Iipumbu indicated that more than 40 businesses received grant funding to the value of N$13 million in 2020. “By advancing industrialisation, the SADC region can be able to catch-up economically and move closer to the level of present-day developed countries. SADC has been left behind because of a lack of quality infrastructure and the scarcity of skills necessary to accelerate industrial development,” Iipumbu stated.