DISPATCHED THOUGHTS: Mean what you say 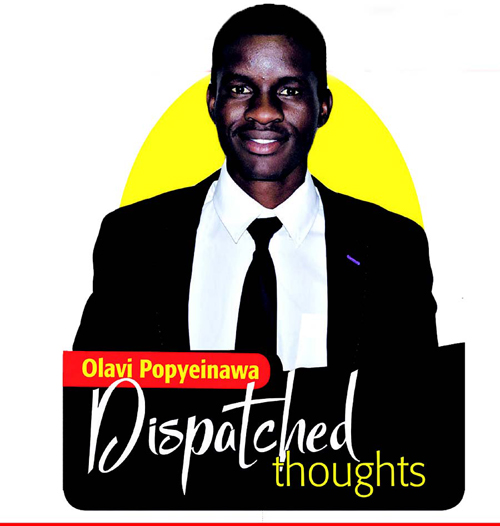 Honesty is a rare commodity; it has always been and will most likely remain so long after we have left this world. It is just not common to be honest as people would like to think. People, especially the youth, are prone to being dishonest with themselves, as well as with others; they simply don’t mean what they say.

In a world, as connected as we live in today, honesty is a hot and valuable commodity. It is what makes us move from our personal space into the world. In a sense, it is what keeps us safe and going.

We all know or heard of a person who simply can’t tell the truth – even at a moment convenient to be honest, they just can’t be. It is sad but it’s our reality. What we might not know though that with each passing lie or false comment, we lose some trust of those on the receiving end.

This was perfectly demonstrated by one of Aesop’s fables -The boy who cried wolf – and the moral of that story, liars will not be rewarded. Generally, people will have no reason to not believe you until you give them that reason not to and being dishonest is one of the worst and disrespectful ways.

There are those who are dishonest and know it and are proud of it. No shame in that; every person is special and has their own operating system. People have their own reasons for doing what they do and being how they are; they may mean what they say.

Those same people, who at one time didn’t have a single bone of honesty in them, can just as easily turn around and mean what they say and become credible people, which – in most cases, I personally found them to be one of the most authentic people around. If you mean what you say or do, you are trading a very rare and highly respected commodity – and as you have noticed, it pays off in ways that can be hard to believe.

Regardless of what you do or who you are, just be honest with the people you are dealing with. In today’s world, you would be surprised how often that doesn’t happen. You could well look like a superstar in a sketchy world.

Please, when the time is right, say what you mean and mean what you say.